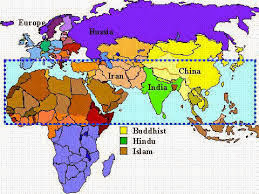 Most mission-minded Christians have heard of the 10/40 window (left) - the geographical region between 10 and 40 degrees north of the equator - where most people unreached by the Gospel live.

But far fewer it seems have heard of the 4/14 window - the world of children between the ages of 4 and 14. Overall about one third of the world’s population is below the age of 15 years - in parts of Africa and Asia it is 40-50%.

The term was introduced in a 1996 publication by Dan Brewster, then program director for Compassion International.  He highlighted research by Bryant Myers, who showed that ‘85% of those who become Christians do so between the ages of 4 and 14 years old’. 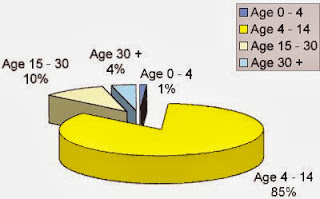 A person’s life-long behaviours and beliefs are generally developed during childhood and early adolescence. In the overwhelming majority, moral and spiritual foundations are in place by age nine.

Fundamental perspectives on truth, integrity, meaning, justice, morality, and ethics are formed at this early stage of life.

It is therefore vital to reach children while they are young and equip them to make an impact throughout their lives.  Children are the most receptive to the gospel, and positioned to be a mighty force to bring others to faith in Christ. Children have their whole lives ahead of them to live out and share their faith, and they also have time to be long-term agents of change. 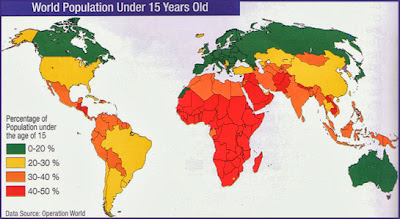 In September 2009 more than 300 international Christian leaders met at the 4/14 Window Global Summit in New York. The gathering was called by AD2000 and Beyond Movement founder Luis Bush, a renowned missiologist.

In October 2010, just over a year later, I was privileged to be amongst 4,000 Christian leaders from more than 200 countries attending The Third Lausanne Congress on World Evangelization in Cape Town, South Africa. 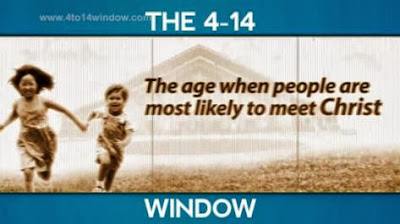 Through discussions and prayer, participants sought God’s direction to discern where the Church should invest its efforts and energies to most effectively respond to Jesus’ command to ‘go and make disciples of all nations’(Matthew 28:19).

The Cape Town Commitment: A Confession of Faith and a Call to Action was one result. In Part 2 Section 5 it highlights the strategic nature of Children’s ministry:

‘Children and young people are the Church of today, not merely of tomorrow. Young people have great potential as active agents in God’s mission. They represent an enormous under-used pool of influencers with sensitivity to the voice of God and a willingness to respond to him. We rejoice in the excellent ministries that serve among and with children, and long for such work to be multiplied since the need is so great. As we see in the Bible, God can and does use children and young people – their prayers, their insights, their words, their initiatives – in changing hearts. They represent “new energy” to transform the world. Let us listen and not stifle their childlike spirituality with our adult rationalistic approaches.’

The section concludes in a call to action to:

‘take children seriously, through fresh biblical and theological enquiry that reflects on God’s love and purpose for them and through them’ and to seek to train people and provide resources to meet the needs of children worldwide, wherever possible working with their families and communities…’ 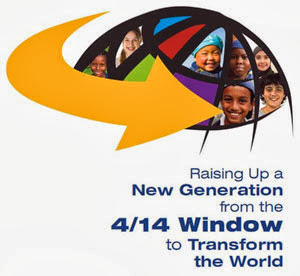 The Bible calls us to ‘Start children off on the way they should go’ promising that ‘even when they are old they will not turn from it’ (Proverbs 22:6).

Jesus called children to himself (Mark 10:14) and warned about leading them astray (Mathew 18:5,6). One of the most important passages in the Old Testament emphasises the importance of teaching children to love and honour God:

‘These commandments that I give you today are to be on your hearts. Impress them on your children. Talk about them when you sit at home and when you walk along the road, when you lie down and when you get up.’ (Deuteronomy 6:6,7)

Children are the future and today’s 4 to 14 year olds will be the leaders of the church in just a few decades time. Let’s make them a priority in our churches and communities.