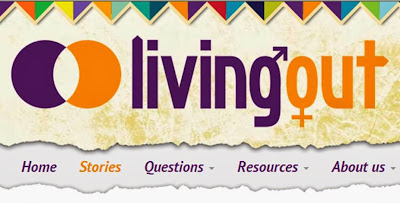 Living Out is a brilliant initiative by men in pastoral ministry who admit to feelings of same sex attraction but who also see the Bible’s prohibitions on same-sex relationships as non-negotiable.

The core of the new group, recently interviewed by Christianity magazine, are Sam Alberry, a church leader in Maidenhead, Sean Doherty, a tutor at St Mellitus College and Ed Shaw, who helps to lead Emmanuel Church in Bristol.

Doherty, who has experienced some degree of shift in his sexual feelings and is now married, explains how his own church experience helped him:

For those who recognize themselves to be exclusively of homosexual orientation this may well mean that the only course open to them is staying single. Sometimes sexual orientation may change over time, but often it doesn’t.

Is it possible to live a full life without having sex? Well Jesus himself did just that. And he is able to help any Christian to do the same. Marriage is a great calling but so is singleness, and sex is neither compulsory, nor necessary, in order to live a fulfilled and fruitful life. Jesus also said that there would be no marriage (and therefore sex) in heaven.

Sex is a wonderful gift but like any gift it is not granted to all.

This is where God's grace becomes evident. God never allows us to face a temptation that he does not give us the power to resist. Nor does he ever give us a command that he does not also grant the power to obey. And for those who, for any reason, can’t have sex, he grants other good gifts to enjoy.

The powerful testimonies on this new website demonstrate the goodness of God, the wisdom of his pattern for our lives and also the fact that he grants his grace and power to enable us to live in ways which are both fulfilling and also  pleasing to him.

For a list of helpful resources for those seeking an evangelical Christian perspective on homosexuality see my earlier blog.