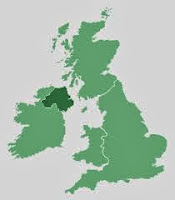 Northern Ireland's justice minister has said he is going to consult on changing abortion laws to allow women carrying babies with ‘fatal fetal abnormalities’ to have a termination.

David Ford said he hoped to put out a consultation document for the ‘potential for change’ by next Easter.

The minister told BBC Radio Ulster's Nolan Show he would review the legislation after two women told their stories earlier this year about discovering that their babies had anencephaly, a severe brain abnormality.

The British Abortion Act 1967 does not apply in Northern Ireland which is governed by the 1861 Offences against the Person Act, and the Criminal Justice Act 1945.

These laws only allow terminations to save a woman's life, or if there is a risk of permanent and serious damage to her mental or physical health.

Women from Northern Ireland do however come to the British mainland to have abortions. In 2012, for example, there were 905 abortions carried out on Northern Ireland residents in England and Wales (see table 12a here).

But according to the Department of Health only two of these were for fetal disability. This is because very few women in Northern Ireland carrying babies with fetal disability choose to abort their babies.

On 3 December, in response to a parliamentary question (see page 31 here), Edwin Poots, Minister of Health, Social Services and Public Safety, said he had received a vast amount of correspondence from women carrying babies with severe disabilities, many of whom had made the decision to proceed with the pregnancy. ‘They received real value from going ahead with the pregnancy’, he said.

It is often assumed that women will naturally choose to abort a baby with a serious disability, but the Northern Irish experience shows that this is in fact often not the case.

We see a similar pattern in the Republic of Ireland where an article in the Irish Independent last week reported that only 51 abortions per year took place on Irish women in 2011 in England and Wales for fetal disability. Of these I have ascertained that the majority were for non-fatal abnormalities and only eight were for anencephaly.

But while 90% of Irish mothers or families facing this issue do not abort their babies, in Britain, up to 90% do.

In fact between2002 and 2010 there were 17,983 abortions of disabled babies in Britain. The overwhelming majority of these were for conditions compatible with life outside the womb and 1,189 babies were aborted after 24 weeks, the accepted age of viability.

It is an old legal adage that hard cases make bad law. This is because making exceptions in law for difficult cases inevitably leads to incremental extension to less serious cases and also a change in the public conscience.

Presently the law in Northern Ireland offers legal protection to babies with disability. But were it to change, even for extreme cases, the British experience demonstrates how things would quickly escalate and how public attitudes would change (I have previously documented the frightening attitudes to disability amongst the British public).

Furthermore, contrary to public perception, the psychological trauma for women having abortions for fetal disability is often very significant.

Northern Ireland currently has a law which protects disabled babies and allows abortion only when the mother’s life or health is under very serious threat. It already has built into it the provision for judges and prosecutors to temper justice with mercy in hard cases.

We must resist any attempt to weaken it further.


See also ‘Defending the ‘indefensible’? Twenty reasons to think twice about aborting a baby with anencephaly’
Posted by Peter Saunders at 15:43