Jesus’ Nazareth Manifesto as a basis for healthcare mission 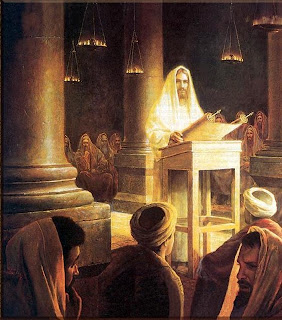 Luke, probably the first ever Christian doctor, tells us that Jesus sent his followers out ‘to preach the kingdom of God and to heal the sick’(Luke 9:2). Right from the beginning ministry to the spirit and ministry to the body have gone hand in hand.

For the last 2,000 years, Christian doctors and nurses, inspired by the example and teaching of Jesus, have been at the forefront of efforts to alleviate human suffering, cure disease, and advance knowledge and understanding.

In the 21st century, whiles some avenues for missionary work are closing, others are opening wide. Christian health professionals, and particularly doctors, have a passport to limited access and creative access countries that those of many other professions do not. But what is their mandate and what should be their priorities in playing the part in fulfilling Jesus’ great commission?

We are told that when standing to read in the synagogue on the Sabbath in his home town, he was handed the scroll of the prophet Isaiah and ‘found the place where it is written’:

The Spirit of the Lord is upon me, because he has anointed me to preach good news to the poor. He has sent me to proclaim freedom for the prisoners and recovery of sight for the blind, to release the oppressed, to proclaim the year of the Lord’s favour (Luke 4:18,19)

The Jews listening would have recognised this quote from Isaiah 61, which actually ends, ’And the day of vengeance of our God’ (Isaiah 61:1,2). Jesus didn’t read these words but stopped mid-verse presumably to illustrate that redemption and judgment were going to be separated in history. Judgment would be delayed in order to allow people to repent. The Jews didn’t understand God’s mercy in delaying judgment, his love or the scope of his redemptive plan.

The manifesto starts, ’The Spirit of the Lord is upon me, because he has anointed me’. Elsewhere Jesus says, ’As the Father has sent me, I am sending you... Receive the Holy Spirit’ (John 20:21,22)

It goes on to reveal Jesus’ four-fold ministry, which is to be our own model: preaching, healing, deliverance and justice.

(Excerpted from paper delivered at a dialogue session at the Third Lausanne Congress, Cape Town 2010. The full text is available on the Lausanne Conversation Website)
Posted by Peter Saunders at 10:01