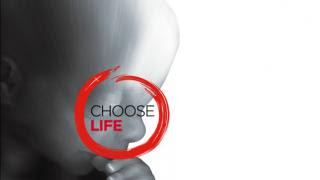 Today, on the 43rd anniversary of the passing of the Abortion Act, Christian Concern has launched a new campaign urging politicians and members of the public to ‘stop and think’ about abortion.

The event was marked with a silent vigil outside the Houses of Parliament followed by a national service of lament in Westminster addressed by the former Bishop of Rochester, the Rev Dr Michael Nazir-Ali.

However, a poll undertaken last weekend by ComRes (commissioned by Christian Concern) has revealed widespread ignorance of these simple facts.

7 million abortions. The numbers are staggering: 450,000 Dunblanes, 300,000 classrooms, 70 Wembleys. More than the 6 million Jews who died in the Nazi holocaust. Over 10 million British citizens lost – as many of the dead would now be parents!

Britain now has amongst the most liberal abortion practice in the western world. One in three women has an abortion. One in four pregnancies ends in abortion: on average one abortion every 2 minutes and 40 seconds, 572 per day.

Abortion has of course been practised at some level by most societies for millennia but legalized abortion on a massive scale is a relatively recent phenomenon only made possible by permissive abortion laws and new technology.

The worldwide figure, according to the Guttmacher Institute, is 46 million. This is a staggering figure given that the total number of deaths worldwide from all other causes is not much higher at 56 million.

Moreover it is having devastating effects demographically. In India and China, selective abortion of female babies has contributed to a severe imbalance in the male female ratio with 50 million girls estimated missing in India alone.

In the Western and former communist worlds where birthrates are low abortion has contributed to a huge increase in the number of elderly people relative to those in the workforce leading some to suggest that the generation which killed its children (by abortion) will in turn be killed by its children (through euthanasia).

There is no one more vulnerable, more innocent, or killed in greater numbers than the child in the womb but there is clearly still a huge amount of work to be done in making British people aware of the level of the problem.
Posted by Peter Saunders at 14:46