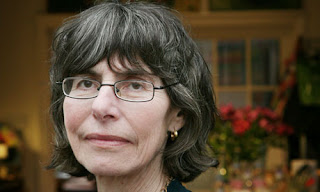 A new pro-euthanasia group called Health Professionals for Change is due to be launched on 13 October at the Kings Fund.

The group will be chaired by Oxford GP Ann McPherson (pictured), who herself is dying of pancreatic cancer and the launch is expected to be attended by a small number of high profile doctors including former GMC chairman Sir Graeme Catto and Geriatrician Dr Ray Tallis.

The event will, unsurprisingly, be supported by Dignity in Dying, formerly the Voluntary Euthanasia Society (VES), which has in recent years undergone an image makeover including a refashioning of its stated aims, in order to achieve its aim of establishing legally sanctioned compassionate killing in Britain.

McPherson is quoted in the Observer using words that could have been (and most probably were) drafted for her by the DID press office: ‘Many of us believe dying patients should not have to suffer against their wishes at the end of life. Alongside access to good quality end-of-life care, we believe that terminally ill, mentally competent patients should be able to choose an assisted death, subject to safeguards.’

In order to disguise their real intentions, DID have in recent years attempted to position themselves as champions of ‘good quality end-of-life care’ as a smokescreen for advancing their real agenda of legalised compassionate killing. But their malleable key terms ‘terminally ill’, ‘assisted death’ and ‘safeguards’ are, here as typically, left conveniently undefined.

The pro-euthanasia lobby have been repeatedly frustrated in Parliament, being twice defeated in the House of Lords since 2006, and have also been repeatedly blocked by the medical institutions; hence this new group.

Doctors have historically long been opposed to euthanasia and assisted suicide. The Hippocratic Oath forbids both as do more recent codes of ethics such as the Declaration of Geneva and The International Code of Medical Ethics.

The majority of doctors in the UK also remain opposed to a change in the law and medical opposition has actually intensified in recent years. The largest recent surveys show only 22-38% of all doctors in favour of a change.

Opposition to euthanasia and assisted suicide is strongest amongst doctors who work most closely with dying patients – neurologists, geriatricians and specialists in palliative medicine. In fact almost 95% of the membership of the Association for Palliative Medicine of Great Britain & Ireland, which represents over 800 UK specialists in palliative care, is opposed to any change in the law and the association has been a core member organization of the anti-euthanasia alliance Care Not Killing since the latter’s formation in 2005.

Why is it that doctors who have the most experience working with dying patients are most strongly opposed to euthanasia and assisted suicide? Probably because they both understand how vulnerable dying patients are and also know how to manage pain and other distressing symptoms (physical, psychological and spiritual) at the end of life. If you know what to do in a crisis, you are much less likely to reach desperately for a syringe of injectable poison when confronted with someone who is begging for relief.

According to a survey by the Economist Intelligence Unit published in July this year the UK leads the way globally in terms of its hospice care network and statutory involvement in end-of-life care. Specifically it ranks first in the ‘Quality of End-of-Life Care’ category, which includes indicators such as public awareness, training availability, access to pain killers and doctor-patient transparency.

Of course there is always room for improvement, and we must strive to be even better and to make the best care more widely accessible, but given that requests for euthanasia and assisted suicide are extremely rare when patients are properly cared for (most palliative physicians report less than ten cases of patients with a persistent wish to die in a practising lifetime) the question has to be asked, ‘Why is it that euthanasia and assisted suicide in Britain are so seldom out of the media spotlight?’

The answer is very clear. We have an extremely well-funded and resourced pro-euthanasia movement in this country, with plenty of media and celebrity support and public relations machinery which ensures that it is only seldom neither seen nor heard.

So when you see a small group of doctors given a soapbox next week to parade 'hard cases' and mouth specious euphemisms in an attempt to soften up public and parliamentary opinion on legalising compassionate killing, remember that they constitute a minority of a profession that remains largely opposed to any change in the law.
Posted by Peter Saunders at 15:23