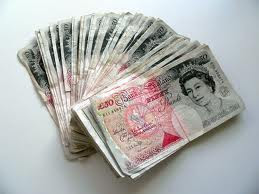 My attention has just been drawn to a new report by Right to Know (RTK) which reveals the pressure that women come under to proceed with an abortion once they are referred to an outsourced NHS provider.

The full report provides new evidence on the financial motivation of abortion providers to grow their market share and shows where counselling comes into to conflict with a strong drive to promote abortion.

The report shows that abortion providers, the British Pregnancy Advisory Service (bpas) and Marie Stopes International (MSI) are strongly driven by financial motivations and see success in increasing the number of abortions that they perform. Both organisations (which have a combined income of about £150 million per year, much of it from tax revenues) employ Business Development experts to promote abortion and increase revenues. They have business plan objectives and targets to increase the number of abortions that they perform.

The great tragedy of this business like approach is that women who are referred to bpas or MSI for an NHS abortion are denied access to any other source of independent counselling. These organisations depend on their income from providing and selling abortion and are not the appropriate place to provide pre-abortion counselling to vulnerable women who need support.

This is what the amendment to the Health and Social Care Bill proposed by MPs Nadine Dorries and Frank Field, is aimed at rectifying.
Posted by Peter Saunders at 23:07