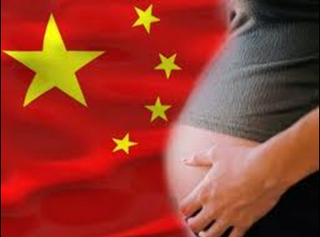 You are unlikely to read this from any British media outlet in the midst of the London riots and falling stockmarkets but China is vowing to strengthen enforcement to prevent sex-selective abortions and close a yawning gender gap. China already has tens of millions more boys than girls as a result of its one-child policy. According to the Associated Press (reported in the Washington Post):

The pledge is in the outline of a plan for childhood development through 2020 but has no specifics. The plan said authorities would increase efforts against the non-medical use of ultrasound tests and abortion of fetuses based on gender.

Spurred by the one-child policy and a traditional preference for boys, sex-selective abortion has created a male-female ratio at birth in China of about 119 males to 100 females, with the gap as high as 130 males for every 100 females in some provinces. In industrialized countries, the ratio is 107 to 100.

The story comes two months after reports of 160 million missing women, mainly in China and India. New York Times columnist Ross Douthat recaps the history of the problem and the changing perceptions of its cause:

In 1990, the economist Amartya Sen published an essay in The New York Review of Books with a bombshell title: ‘More Than 100 Million Women Are Missing’ His subject was the wildly off-kilter sex ratios in India, China and elsewhere in the developing world. To explain the numbers, Sen invoked the ‘neglect’ of third-world women, citing disparities in health care, nutrition and education. He also noted that under China’s one-child policy, ‘some evidence exists of female infanticide.’

Twenty years later, the number of ‘missing’ women has risen to more than 160 million, and a journalist named Mara Hvistendahl has given us a much more complete picture of what’s happened. Her book is called ‘Unnatural Selection: Choosing Boys Over Girls, and the Consequences of a World Full of Men’.

As the title suggests, Hvistendahl argues that most of the missing females weren’t victims of neglect. They were selected out of existence, by ultrasound technology and second-trimester abortion.

The most striking thing about Hvistendahl’s book is where she lays the blame for the 160 million women and the myriad social problems including increased prostitution and sex trafficking which result from the skewed sex ratios. It is not, she argues, a simple case of modern science being abused by patriarchal, misogynistic cultures. That may be part of the story the reality is more complicated. As Douthat explains:

Thus far, female empowerment often seems to have led to more sex selection, not less. In many communities, she writes, ‘women use their increased autonomy to select for sons,’ because male offspring bring higher social status. In countries like India, sex selection began in ‘the urban, well-educated stratum of society,’ before spreading down the income ladder. Moreover, Western governments and philanthropic institutions have their fingerprints all over the story of the world’s missing women.

From the 1950s onward, Asian countries that legalized and then promoted abortion did so with vocal, deep-pocketed American support. Digging into the archives of groups like the Rockefeller Foundation and the International Planned Parenthood Federation, Hvistendahl depicts an unlikely alliance between Republican cold warriors worried that population growth would fuel the spread of Communism and left-wing scientists and activists who believed that abortion was necessary for both ‘the needs of women’ and ‘the future prosperity — or maybe survival — of mankind,’ as the Planned Parenthood federation’s medical director put it in 1976.

In other words, sex selection abortions were originally introduced and fueled by Western liberals as a culturally acceptable means of controlling population growth in developing countries.

‘Unnatural Selection’, argues Douthat, reads like a great historical detective story, and it’s written with the sense of moral urgency that usually accompanies the revelation of some enormous crime.

This places many Western liberals, he says, Hvistendahl included, in a distinctly uncomfortable position. Their own premises insist that the unborn aren’t human beings yet, and that the right to an abortion is nearly absolute. Hvistendahl is describing a holocaust but insists that she hasn’t written ‘a book about death and killing’ and is left struggling to define a victim for the crime that she’s uncovered.

The Chinese, in their crackdown on sex selection abortions, have not had a change of heart about the morality of abortion. They are just, like Vladamir Putin, just desperately concerned about what abortion has done to the demographics of their country.

But the tragedy, Douthat concludes, of the world’s 160 million missing girls isn’t that they’re ‘missing’. The tragedy is that they’re dead.