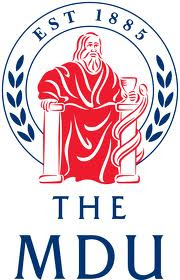 I recently blogged about new guidance from the Medical Defence Union which endorsed tactful prayer with patients. The full version of this new guidance is now available on the MDU website. It makes it clear that the guidance has been released as a result of the recent case of a GP, Richard Scott, who refused a formal warning from the General Medical Council following a complaint that he had discussed faith with a patient.

The MDU says it has received just seven requests for advice and assistance over the last two years about discussing religion with patients.

It outlines that the ‘issue is a sensitive one’ which ‘arouses strong feelings from those who see religious belief as a potential comfort for patients and those who see such discussions with patients as inappropriate in a clinical consultation’.

The key thing according to the MDU is ‘the context of the consultation and the doctors’ existing relationship with a patient’.

The MDU advises doctors to ‘think very carefully before raising the subject of religion with patients’ and to be aware that patients may already feel ‘vulnerable or distressed’ or ‘inhibited from talking openly or honestly if they believe your religious views may lead you to judge them’.

They also emphasise, from the GMC’s guidance on personal beliefs and medical practice, that doctors should not ‘impose beliefs on patients or cause distress by the inappropriate or insensitive expression of religious, political or other beliefs or views’. Neither should they ‘put pressure on patients to discuss or justify their beliefs’ but they should not ‘normally discuss personal beliefs with patients unless those beliefs are directly relevant to the patients’ care’.

However the MDU then quotes at length a letter from Jane O’Brien, the Assistant Director of Standards and Fitness to Practice with the GMC whose letter to the Daily Telegraph in February 2009 made the following points:

The MDU also quotes controversial guidance from the Department of Health issued in January 2009 entitled ’Religion or belief: a practice guide for the NHS’. This guidance was highly criticised at the time for over-interpreting the law and erring on the side of gagging doctors rather than allowing free discussion about a patient’s spiritual needs.

As I have emphasised before, there is much in the GMC guidance which provides latitude for faith discussions and in particular it emphasises that ‘discussing personal beliefs may, when approached sensitively, help doctors to work in partnership with patients to address their particular treatment needs’.

Human beings are not biological or biochemical machines but complex unities of body, soul and spirit. This means that real whole person care should address not just issues of physical health but also psychological, social and spiritual issues which are having an influence on health. There is a huge and growing body of evidence outlining the health benefits of Christian faith.

Overall the MDU guidance seems to strike a good balance and gives a reasonable amount of latitude both to doctors and patients who are open to faith discussions that have a bearing on health.
Posted by Peter Saunders at 14:27

Email ThisBlogThis!Share to TwitterShare to FacebookShare to Pinterest
Labels: mdu, Spirituality and Health