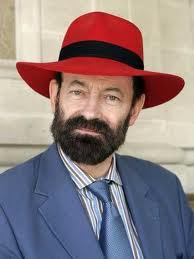 The BMJ, which remains editorially independent from the British Medical Association, but is sent to all members, has a long track record of backing liberal causes, amongst them the legalisation of assisted suicide and euthanasia.

A comment piece from Ray Tallis (pictured), chairman of the pressure group ‘Healthcare Professionals for Assisted Dying’ (HPAD) calls for the BMA and Royal Medical Colleges to take a position of ‘studied neutrality’ on euthanasia.

An emotive ‘personal view’ by Tess McPherson, relates the story of the death of her mother Ann, an Oxfordshire GP who died from cancer of the pancreas last year and was the founder of HPAD.

Godlee acknowledges in her editorial that 65% of doctors are opposed to a change in the law but makes much of a ‘poll of 1,000 GPs’ commissioned by the pressure group Dignity in Dying last year which allegedly showed that ‘62% supported neutrality’.

The poll is referenced to the HPAD website events page but the link from there to PJ Online can only be viewed by paid up subscribers meaning that is difficult to ascertain what question was actually asked and of whom. How convenient! (I see they have now finally posted the link - I will blog on this very soon)

Healthcare Professionals for Assisted Dying backed by Dignity in Dying, the former Voluntary Euthanasia Society, have flooded this year’s BMA annual meeting with motions calling for doctors to take a neutral stance on assisted suicide and euthanasia.

This is a carefully orchestrated move by a small minority of doctors with extreme views aimed at neutralising medical opposition and softening up public and parliamentary opinion in advance of new pressure to change the law. HPAD has just 520 supporters, representing less than 0.25% of the medical profession.

It has been carefully engineered to coincide with two high profile cases being heard in the high court next week, plans for a new private members bill and a mass lobby of parliament by the pro-euthanasia lobby on 4 July.

The majority of doctors and the major medical royal colleges (RCGP, RCP and Association for Palliative Medicine) however remain strongly opposed to a change in the law and British parliaments have three times in last six years, twice in the House of Lords and once in Scotland, voted against the legalisation of assisted suicide.

The BBC this morning reports a BMA spokesperson saying that the organisation is 'firmly opposed' to the legalisation of assisted dying adding: 'If assisted dying was legalised, effective safeguards could not be implemented without the involvement of doctors. It is therefore appropriate for doctors to voice their views on this issue.'

A powerful article in last week’s BMJ by Iona Heath, president of the Royal College of General Practitioners, argued strongly against a change in the law and is well worth studying.

Heath eloquently voiced her ‘deep concern that it will be impossible to draft a law robust enough to protect the vulnerable’ and expressed her discomfort ‘that medicine seems once again to be preparing to offer a technical solution to an existential problem’.

‘One of the huge challenges of human life’, she argues, ‘is to find ways of living a meaningful life within the limits of a finite lifespan that will always involve loss of love and the inevitability of grief. Doctors have a regrettable tendency to ignore this reality and to persist in active and invasive treatment beyond the point at which it has become futile and even cruel.’

She acknowledged that some of the drive to legalise assisted suicide and euthanasia is driven by fears about inappropriate invasive treatment but insisted that the right answer is not changing the law, but rather better care that recognises the limits of medicine.

Any change in the law on assisted suicide and euthanasia would place pressure on vulnerable sick, elderly and disabled people to end their lives for fear of being a financial or emotional burden on loved ones.

This is the very last thing we need at a time when many families and the health service itself are already under considerable financial pressure.

Doctors should see this latest move for what it is and firmly reject it.
Posted by Peter Saunders at 22:38