Open letter to Sir Graeme Catto, Chairman of Dignity in Dying, over his misleading polling question 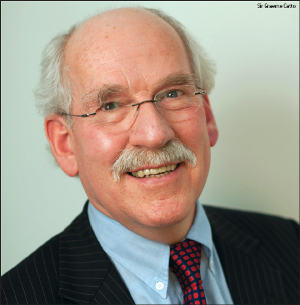 I have just made a formal complaint about a polling question which I believe may breach several Rules of the Market Research Society Code Guidelines.

The question was posed by two campaigning organisations, Dignity in Dying (DID) (aka the Voluntary Euthanasia Society) and its offspring Healthcare Professionals for Assisted Dying (HPAD), with the aim of moving the doctors’ union, the British Medical Association, to a neutral position on ‘assisted dying’. It was framed as part of an orchestrated campaign to legalise assisted suicide in Britain.

My letter to Sir Graeme Catto, Chairman of Dignity in Dying, is pasted below.

The immediate context is that members of DID and HPAD have flooded the BMA annual representative meeting next week with motions calling for the union to adopt a neutral position on ‘assisted dying’ ahead of a new bill being introduced into parliament.

One of these motions is to be debated on Wednesday 27 June and the British Medical Journal is running a campaign highlighting the survey question in an editorial by the journal’s editor in chief, Fiona Godlee.

The first three sentences of a press release the BMJ issued last week to this end read as follows:

‘The BMJ today supports a call for leading UK medical bodies to stop opposing assisted dying for terminally ill, mentally competent adults. Healthcare Professionals for Assisted Dying (HPAD), wants the BMA and royal colleges to move their position from opposition to neutrality. The call comes as a new poll commissioned by Dignity in Dying found that, of 1000 GPs, 62% support neutrality.’

Detail of the question is outlined in a joint press release from DID and HPAD and in a copy of the poll results.

I have already criticised Fiona Godlee on this blog and go into the polling question (and a related one) in much more detail there.

The question below, which was given substantial coverage by the British Medical Journal in an Editorial last week, was posed by Dignity in Dying (DID) and Healthcare Professionals for Assisted Dying (HPAD), with the aim of moving the doctors’ union, the British Medical Association, to a neutral position on ‘assisted dying’.

A motion calling for the union to adopt a neutral position on ‘assisted dying’ is to be debated at the BMA ARM on Wednesday 27 June.

Detail of the question is outlined in a joint press release from DID and HPAD and in a copy of the poll results.

The poll was conducted by medeConnect Healthcare Insight (the research arm of Doctors.Net.UK) between 16 and 22 May 2012 who asked 1004 GPs an online question as follows:

‘Opinion polls indicate that doctors are divided on the issue of assisted dying for the terminally ill, with approximately 60% opposed to change. Do you agree or disagree that medical bodies (RCGP, BMA) should adopt a position of studied neutrality* on the issue of assisted dying for terminally ill, competent adults.*A position of studied neutrality indicates that a medical organisation is neither supportive of, nor opposed to a change in the law on assisted dying. A neutral position recognises and respects the diversity of personal and religious views of its members and their patients, and encourages open discussion.’

In our view this is contrary to Rule B14 of the MRS Code which states ‘Members must take reasonable steps to ensure all of the following: