Retired doctors working together to bring euthanasia to a town near you – SMF, DID, HPAD and SOARS 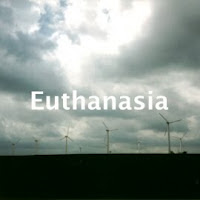 I see that the Secular Medical Forum (SMF) is holding a fringe debate at the BMA annual conference featuring Raymond Tallis of ‘Healthcare Professionals for Assisted Dying’ (HPAD).

HPAD was originally launched under the name of ‘Healthcare Professionals for Change’ and features a number of well-known campaigners amongst its supporters.

Tallis is one of eight retired doctors on HPAD’s thirteen-person steering group, which he chairs, and also held the influential position of chairman of the Ethics Committee of the Royal College of Physicians (RCP) when that organisation went briefly neutral on euthanasia in 2005.

After he had vacated the latter chair, and just before the debate on Lord Joffe’s Assisted Dying for the Terminally Ill Bill in May 2006, the RCP reverted to opposing any change in the law after seeking the opinions of its members, a position it has held ever since. He has since become an ardent advocate for assisted suicide.

As I reported last week HPAD was set up in 2010 to push for the legalisation of assisted suicide. They have been increasingly active and now have 520 members (a figure representing about 0.25% of the country’s estimated 200,000 doctors).

These motions all call for the BMA to adopt ‘a neutral position’ on ‘assisted dying’ and all bear the fingerprints of the pressure group Dignity in Dying (formerly the Voluntary Euthanasia Society) which campaigns for the legalisation of assisted suicide for ‘mentally competent terminally ill adult patients’.

As a result on Wednesday 27 June the BMA will be debating whether it should drop its long opposition to assisted suicide and euthanasia (Item 332 on Agenda).

This move is part of a larger campaign that Dignity in Dying (DID) is running over the next month leading up to a celebrity-endorsed lobby on parliament on 4 July.

HPAD was set up under the auspices of DID and carries the latter’s logo prominently on its website.

That website informs us that DID ‘provides administrative and financial support’ to HPAD, but ‘while sharing the same vision’, the two groups are ‘intellectually independent’.

However, as HPAD is officially listed neither as a company or charity, it is not unreasonable to conclude that it is basically part of DID.

The close cooperation between the organisations is evident in that two of the members of HPAD’s steering group, Ray Tallis and Sir Terence English, are also listed amongst DID’s patrons.

DID’s current chair, Sir Graeme Catto, another retired doctor and former chairman of the General Medical Council, was a member of the discredited Falconer Commission on Assisted Dying which made proposals about who to legalise assisted suicide earlier this year.

That Commission was conceived by DID, financed by one of its Patrons, Sir Terry Pratchett, and chaired by Lord Falconer who had previously attempted to legalise assisted suicide through an amendment to the Coroners Act in 2009.

According to its website the Secular Medical Forum believes that ‘assisted dying’ (a euphemism for assisted suicide and euthanasia) with adequate safeguards for terminally ill, competent adults, should be introduced in the UK as soon as possible’.

SMF is chaired by Dr Antony Lempert, also a member of HPAD, and its board of directors includes four other doctors: Colin Brewer, Richard Rawlins, Sara Melly and Anish Shah.

SMF’s founder Michael Irwin, a retired GP and a former Medical Director of the United Nations’, was also previously head of the Voluntary Euthanasia Society (now 'Dignity in Dying') and is currently leader of the controversial pro-euthanasia group ‘Society for Old Age Rational Suicide’.

SOARS uses the same arguments as DID but has a more radical agenda, believing that assisted suicide should be available for all elderly people, whether terminally ill or not.

Irwin was struck off the medical register by the General Medical Council in 2005 for trying to help a friend kill himself. He admitted obtaining sleeping pills to help his friend die and a GMC panel found him guilty of serious professional misconduct.

SMF director Colin Brewer was also struck off the medical register in 2006 after being found guilty of serious professional misconduct by the GMC following allegations of inappropriate drug prescribing for patients with addictions.

Just how active is SMF? It is rather difficult, but the answer is probably ‘not very’.

According to its annual accounts filed at Companies House it had income in the last financial year of £1,436, spent £513 on administration and has a bank balance of £923! By contrast, DID has an annual turnover of over £1million.

SMF, HPAD, DID and SOARS constitute a pro-death quadrumvirate, led by retired doctors with a lot of time on their hands and lots of experience in medical politics.

These doctors make up a tiny minority of Britain’s doctors but they are determined, articulate and well-organised. They have rejected the principle, enshrined in the Hippocratic Oath, Declaration of Geneva and International Code of Medical Ethics, that doctors should not kill their patients.

They are also used to getting their own way.

Democracies like Britain and trade unions like the BMA are vulnerable to small groups such as these. Be warned!