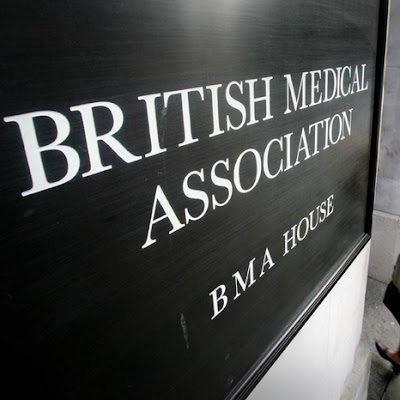 This Wednesday, 27 June, the British Medical Association Annual Representative Meeting (ARM) will vote on a motion to go neutral on assisted suicide and euthanasia.

The BMA, the trade union for doctors, has been opposed to a change in the law for all but one year of its 180 year history.

But those proposing the motion will claim that this is an issue on which doctors are divided and where most members of the public favour a change in the law. Furthermore, they will argue that the British Medical Journal favours a neutral stance and that a poll published last week has shown that 62% of doctors agree.

The motion reads as follows:

* 332 Motion by THE AGENDA COMMITTEE (MOTION TO BE PROPOSED BY THE SHROPSHIRE DIVISION):
That this Meeting:-
i) believes that assisted dying is a matter for society and not for the medical profession;
ii) believes that the BMA should adopt a neutral position on change in the law on assisted dying.

So why not support it? Ten reasons:

1. If the BMA chooses to go neutral on this particular issue, it will be giving the issue a status that no other issue enjoys. Doctors, quite understandably, are strongly opinionated and also have a responsibility to lead. The BMA is a democratic body which takes clear positions on a whole variety of issues on the basis of a majority vote. This week the association will vote on issues as broadly ranging as Syria, torture, tobacco and the future of the NHS. Why should assisted suicide and euthanasia enjoy a position which no other issue shares, especially when doctors will actually be the ones carrying it out?

2. It will further damage doctors’ public profile. The industrial action over pensions has not been well received by all sections of the community, and however justifiable we regard it, it will not look good for doctors to take a strong position on their own financial interests but to have no position at all over whether doctors, to put it bluntly, should have the power, in some circumstances, to kill their patients.

3. This motion is part of a campaign led by a small pressure group with a particular political agenda. Healthcare Professionals for Assisted Dying (HPAD), which is strongly affiliated to the pressure group ‘Dignity in Dying’ (formerly the Voluntary Euthanasia Society) has 520 supporters, representing fewer than 0.25% of Britain’s 240,000 doctors. But they have flooded this year’s ARM with no less than nine motions calling for the association to go neutral. This is in line with HPAD’s and DID’s clearly stated campaign objectives to legalise ‘assisted dying’ and is aimed at neutralising medical opposition ahead of a new bill being introduced to parliament over the next year. DID is planning a mass lobby of parliament to support such a bill next week on 4 July. A neutral vote will be a vote for the success of this campaign.

4. The 62% support figure from DID/HPAD of doctors favouring a switch to neutrality is based on a questionable poll. Although widely trumpeted by the British Medical Journal, the poll was based on an unbalanced question which is currently the subject of a formal complaint to the Market Research Society. It was asked over a month ago without any clear definition of key terms such as ‘assisted dying’ and ‘terminally ill’ and was framed in an unbalanced way with a stem aimed at priming respondents. An on-line poll run last week by the BMJ after HPAD and DID had launched their campaign ran 82% against neutrality.

5. If the BMA goes neutral this week it will lead inevitably to a new attempt to change the law at parliamentary level over the next twelve months. In the only previous year in which the BMA took a neutral position (2005/6) we saw huge pressure to change the law by way of the Joffe Bill. Throughout that crucial debate, which had the potential of changing the shape of medicine in this country, the BMA was forced to remain silent and took no part in the debate. The same scenario would arise again. Doctors would have no collective voice.

6. The motion itself is broadly and vaguely worded. Were it to go through, this would not be simply a vote for ‘assisted suicide for mentally competent adults with less than twelve months to live’ as sought by DID and other campaigners. The motion simply talks about ‘assisted dying’, a term which is variously defined and which has no meaning in law. So it is not at all clear what doctors would actually be signing up to be neutral on. Does it include assisted suicide or euthanasia or both, and for which categories of patients?

7. The majority of doctors are opposed to a change in the law. Opinion polls show an average of 65% doctors opposing the legalisation of assisted suicide and/or euthanasia with the remainder undecided or in favour. Palliative Medicine Physicians are 95% opposed and the Royal Colleges of General Practitioners and Physicians (RCGP and RCP) are both opposed. Why choose to go neutral on an issue where there is such a strong majority amongst doctors?

8. Assisted suicide and euthanasia are contrary to all historic codes of medical ethics, including the Hippocratic Oath, the Declaration of Geneva, the International Code of Medical Ethics and the Statement of Marbella. Neutrality would be a quantum change for the profession and against the international tide.

9. To drop medical opposition to the legalisation of assisted suicide and euthanasia at a time of economic recession could be highly dangerous. Many families and the NHS itself are under huge financial strain and the pressure vulnerable people might face to end their lives so as not to be a financial (or emotional) burden on others is potentially immense.

10. Were the BMA To drop its opposition, and as a consequence a law were to be passed, it would leave the medical profession hugely divided at a time when, perhaps, more than any other time in British history, we need to be united as advocates for our patients and for the highest priorities in a struggling health service.

For the BMA to go neutral on assisted suicide and euthanasia would be inappropriate, undemocratic and potentially highly dangerous. It would also be playing into the hands of a small unrepresentative pressure group and giving an advantage to only one side of the debate. Furthermore it would communicate confused messages to the public at a critical time and divide the profession at a time when a united doctors’ voice is needed more than ever.

Let’s resist it!
Posted by Peter Saunders at 09:38