How historic codes of medical ethics have ‘evolved’ to endorse abortion 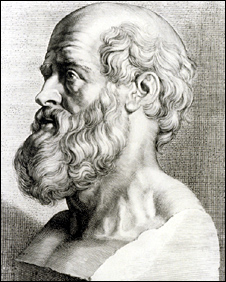 I’ve just come back from a trip to Derry and Donegal where I was doing a radio phone in and an evening meeting on abortion.

Abortion remains illegal in both Ireland and Northern Ireland under the Offences against the Person Act 1861.

This Act also remains in force in England, Wales and Scotland although doctors can avoid being prosecuted under it by abiding by the provisions of the Abortion Act 1967.

Not many people know that abortion is also against historic codes of ethics like the Hippocratic Oath, the Declaration of Geneva (1948) and the International Code of Medical Ethics (1949) or that in1947 the British Medical Association called abortion 'the greatest crime'.

The Hippocratic Oath is an oath historically taken by physicians swearing to practise medicine ethically and honestly. It is widely believed to have been written either by Hippocrates (pictured), often regarded as the father of western medicine, or by one of his students.

The Oath, which dates from the 5th century BC, is one of the most widely known of Greek medical texts.

The Declaration of Geneva and the International Code of Medical Ethics are modern restatements of the Hippocratic Oath which were developed in response to the unethical actions of Nazi doctors during the Second World War.

I was surprised to learn that not even Clare Gerada, the Chairman of the Royal College of General Practitioners (RCGP), seemed to be aware of the contents of the Hippocratic Oath.

In a twitter exchange last week (see below) she agreed with another doctor (of the same name but not I think related) that ‘good GPs must be neutral/secular on the abortion issue’. 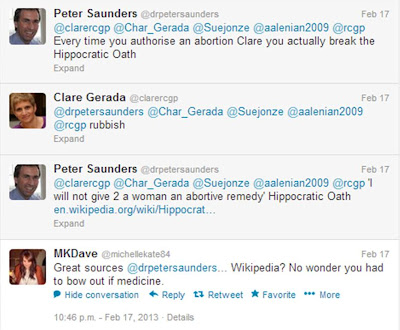 .
Someone else then implied, that the Oath was no longer valid because it forbade the crushing of bladder stones (see below) although in fact it simply suggests that bladder stones should be referred to those with the necessary skills.

‘I will not cut for stone, even for patients in whom the disease is manifest; I will leave this operation to be performed by practitioners, specialists in this art.’

Judging by her reaction Dr Gerada didn't seem to be aware of this either. In fact this clause upholds proper referral and the necessity of experience and training for those undertaking surgical procedures. 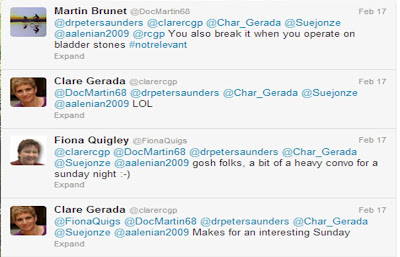 These views are not at all unusual amongst doctors today.

Most medics are not aware that the dramatic increase in abortion worldwide last century ran completely counter to all historically accepted codes of medical ethics.

The Hippocratic Oath includes the resolution ‘I will not give to a woman a pessary to  produce abortion’.

When the legal abortion rate soared world-wide in the second half of last century – with almost all abortions performed by doctors - the World Medical Association was left with a choice of changing either its behaviour or rewriting its ethics. It opted for the latter.

In 1970 it adopted the Declarationof Oslo. This allowed ‘therapeutic’ abortion in circumstances ‘where the vital interests of the mother conflict with those of the unborn child’. Although the ‘utmost respect for human life from the time of conception’ as laid out in the Declaration of Geneva was affirmed, it was recognised that there was a ‘diversity of attitudes towards the life of the unborn child’.

The Declaration of Oslo went on to say that ‘where the law allows therapeutic abortion to be performed... and this is not against the policy of the national medical association’ then ‘abortion should be performed’ under certain provisos.

The Oslo declaration thus laid the framework for doctors to perform abortions if their ‘individual conviction and conscience’ allowed it and the law and the national medical association were not in disagreement.

The change appeared minor at the time but it represented a fundamental shift in the whole framework of medical ethics.

The Judeo-Christian ethic with its concept of absolute right and wrong was discarded and ‘individual conscience’ enthroned as absolute in its place. ‘Individual conviction and conscience’ which ‘must be respected’ has replaced God as the arbiter of truth.

The doctor was no longer obliged not to kill. Instead by a strange twist he or she was now obliged not to stop other doctors killing if their ‘consciences’ dictated that they should.

As the abortion rate rocketed world-wide in this new ethical environment (there now over 42 million abortions per year) consistency of belief and practice were achieved by further amending other ethical codes.  At the 35th World Medical Assembly held in Venice in October 1983 the WMA amended the words ‘from the time of conception’ in the Declaration of Geneva to ‘from its beginning’.

At the same time the words ‘from the time of conception until death’ were excised from the International Code of Medical Ethics.

The change in the medical profession’s attitudes and practice on abortion are the main reason these oaths and declarations are no longer used today in their original form.

In fact, we are now reaching the stage, it seems, where those who still wish to abide by the spirit of these historic oaths are thought by some to better out of medicine altogether. As RCGP Council Chair Dr Gerada says above, good GPs should be neutral/secular on abortion and if they are not then they should leave the profession.

The evolution of medical ethics codes is a fact unknown by most doctors. All the more important therefore for us to keep drawing it to their attention.
Posted by Peter Saunders at 07:53