I don't mind being insulted but I don't like being misrepresented 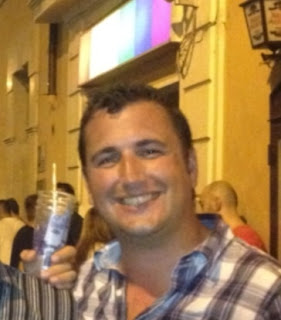 Last Monday night I took part in a BBC Panorama programme on abortion (report here) and received the usual barrage of abusive tweets on twitter. I am well used to that.

But Dr David Jones (@welsh_gas_doc) (pictured) - a Welsh doctor with almost 10,000 followers on twitter - also tried to undermine me by making the claim that I had no mandate from my organisation to speak on the programme.

This message was then retweeted 52 times around the internet to tens of thousands of people.

As CEO of CMF I took part in the Panorama programme speaking on its behalf and I believe the claim that Dr David Jones made was actually libellous.

In fact on the basis of recent precedent those who retweeted this false information aimed at damaging my reputation may be equally culpable.

When I challenged Dr Jones about it he eventually withdrew the statement 78 minutes later. The conversation thread is below.

Perhaps predictably no one has retweeted Dr Jones apology.

I don't mind being insulted - in fact I expect it (see here) - but I don't like being misrepresented.

I note that Dr Jones has previously featured in both the Daily Mail and Daily Telegraph for his 'flippant' and 'offensive' tweeting. 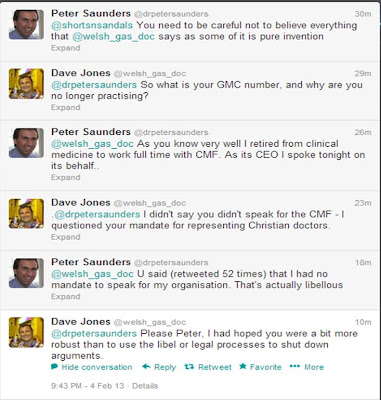 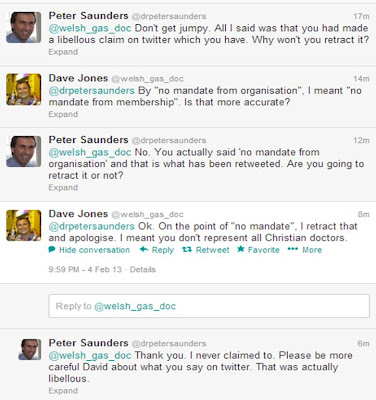 NB: According to a recent BBC guide a tweet is potentially libellous in England and Wales if it damages someone's reputation 'in the estimation of right thinking members of society'. It can do this by exposing them to 'hatred, ridicule or contempt'. It is a civil offence so you won't be jailed but you could end up with a large damages bill. The rules also apply to re-tweets.