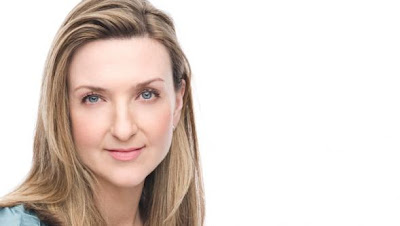 Last Monday I took part in the BBC Panorama programme ‘The Great Abortion Divide’ (watch it on I-Player).

It was presented by Victoria Derbyshire (pictured) and produced by Elizabeth Byrne.

Although extremely controversial it has had very little coverage in the media with only the BBC, Guardian and Times (£) so far reporting on it.

The programme was billed as follows:

‘Abortion is more controversial than ever, with pro-life activists challenging pregnant women as they try to enter clinics. Doctors in most of the UK are signing off terminations on questionable mental health grounds, while in Northern Ireland women and doctors risk life in prison over abortion. So is our legislation hopelessly outdated?’

Victoria Derbyshire, in an article for the Times, (£) asked how it can be so easy to terminate a pregnancy in Croydon, but criminal to do so in Belfast.

This highlights the little known fact that abortion is still effectively illegal in Northern Ireland but there is a situation tantamount to abortion on demand in the rest of the UK where there were over 200,000 abortions last year, 98% on mental health grounds.

I was filmed for an hour last autumn from which they used four sound bites for this programme but I was happy with what they took and felt they put my case well.

The programme was originally due to be screened last December but was held over due to other priorities and I suspect because they also wanted to make reference to the Savita case.

The main point I made in the programme, which I had made previously on the Radio Four Today Programme, is that 98% of abortions in Britain are technically illegal.

This is because they are carried out on grounds that continuing with the pregnancy constitutes a greater risk to a mother’s mental health than having an abortion does.

But in fact a comprehensive study carried out in 2011 by the Royal College of Psychiatrists found that there was no evidence to show that having an abortion posed less risk to mental health than continuing with an unwanted pregnancy.

So when doctors sign an abortion authorisation form (a statutory document) saying that it does I believe they are in effect committing a form of perjury.

Dr Clare Gerada, chairwoman of the Royal College of General Practitioners, said in response to this on the programme however that the current interpretation was realistic as there is no way to predict the impact of continuing a pregnancy on a woman's mental health. She was in effect giving the benefit of any doubt to the mother. Here words were as follows:

‘What we have is what the woman tells us. It is not for me to judge her or be moralistic, it is for me to explore potential other options, but to take her at face value.’

So in other words if the mother thinks that continuing with the pregnancy poses a greater risk to her mental health than having an abortion then she is right, regardless of what the medical evidence actually shows. I wonder if Gerada applies this same diagnostic principle to conditions other than mental health problems.

In saying this I believe Gerada is actually misinterpreting the law. In signing an abortion authorisation she is making a statement that as a doctor she believes in good faith ‘that the pregnancy has not exceeded its twenty-fourth week and that the continuance of the pregnancy would involve risk, greater than if the pregnancy were terminated, of injury to the mental health of the pregnant woman’.

She is not actually being asked to make a moral judgement but a medical judgement.

Imagine if we were to substitute another condition for ‘mental health’:

This would be a medical opinion subject to a test of evidence – as is also danger to mental health.

I see that BPAS (£), Britain’s leading abortion provider, has since leapt to Gerada’s defence. BPAS has since said that doctors are 'not circumventing or breaking the law; they are complying with the law, exercising their clinical judgment and caring for their patients'. Well that is not actually for BPAS to decide.

And if authorising the deaths of 196,000 living human beings is 'caring for their patients' then doctors have moved some distance from the Hippocratic Oath and Declaration of Geneva which actually forbid them performing abortion.

Will the fact that 196,000 abortions are being carried out in the UK every year on these spurious grounds (98% of the total) be at any point the subject of a court case, a police investigation, a GMC inquiry, a parliamentary inquiry, or perhaps even a parliamentary question? We will have to wait and see.

To carry out an abortion on grounds outside those listed in the Abortion Act is still a crime in Britain – and a crime subject to a custodial sentence.

So is perjury – and knowingly making false claims on a statutory document (like an abortion authorisation form) is a form of perjury under the Perjury Act of 1911.

These acts are crimes because abortion is a serious matter, involving as it does the ending of a human life. And as I said on the programme, no one is more innocent, more vulnerable and killed in greater numbers that the preborn baby. Abortion now accounts for 27%, over one in four, of all human deaths in Britain.

One more thing - the programme claimed, without supplying any evidence, that hundreds of women died every year in Britain from illegal abortions prior to the introduction of the Abortion Act. This is patently false as I have argued previously on this blog.

It was good to see the issues around abortion aired again but deep questions still remain, mostly about the abuses by doctors of the current law.

I wonder if anything will be done about this practice which has now been defended on national television by the chair of the Royal College of General Practitioners.

I am not holding my breath.
Posted by Peter Saunders at 03:47