Lord Falconer announces yet another bill on assisted suicide 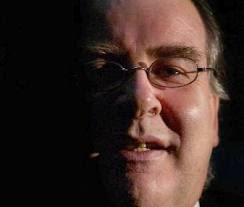 Lord Falconer (pictured) announced this week(£) that he would launch another bill to legalise assisted suicide this May in the House of Lords.

It is likely that Falconer has opted again for the Lords rather than the Commons, despite past heavy defeats there, because an opinion poll last September showed that more than seven out of ten MPs would not support a change in the law.

In line with the recommendations of his sham ‘Commission on Assisted Dying’ Falconer will push for doctors being given the power to help mentally competent adults with less than one year to live to kill themselves. As in the Abortion Act just two doctors' signatures will be required.

Given the vast range of different agendas that exist in the pro-euthanasia lobby, it is virtually certain that groups will push for incremental extension once the principle of assisted suicide is established.

A draft bill was published by Falconer last year and made the subject of a private consultation run by Dignity in Dying (the former Voluntary Euthanasia Society). But many individuals and organisations chose to ignore the consultation due to its perceived bias and although it closed last autumn no ‘report’ has ever been published.

There has been surprisingly little media coverage about Falconer’s latest announcement, but I see that DID have launched a ‘campaign’ on their website to support it.

There have been three failed attempts to legalise assisted suicide in Britain in the last six years, in 2006, 2009 and 2010, all of which have failed due to concerns about public safety.

The so-called ‘safeguards’ which Falconer is now proposing are similar to those in the Joffe Bill which was rejected by 148 votes to 100 at second reading in 2006. Falconer had an amendment legalising assisted suicide defeated by 194-141 in 2009. Margo Macdonald's Scottish bill was defeated by an overwhelming majority of 85-16 in 2010.

Alarming reports of incremental extension in jurisdictions which have legalised assisted suicide or euthanasia, like Belgium, the Netherlands, Switzerland and the US state of Oregon, along with worries about the effect the recession is having on vulnerable people and healthcare provision have intensified concerns that any change in the law would put added pressure on elderly, sick and disabled people to end their lives.

Official medical bodies and disability groups remain firmly opposed to a change in the law.

I expect the bill to get short shrift but peers will need to be reminded about the strong arguments against legalisation.