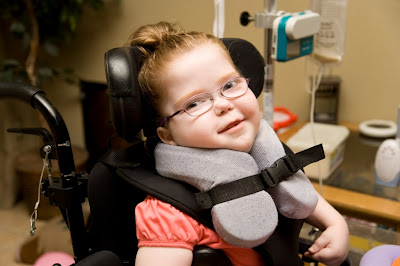 Almost 60 premature babies are born with cerebral palsy in England and Wales every year because their mothers had previous abortions.

This is because 15% of babies born before 28 weeks develop cerebral palsy and 400 premature births before 28 weeks each year are attributable to abortion. 15% of 400 is 60.  This calculation is based on the studies below.

It is well known that women who have abortions are more likely to suffer from pre-term births in subsequent pregnancies.

I have blogged previously  on the scientific evidence for this link. There are now at least 119 articles in the world literature attesting to the association, and very few indeed that contest it (see review).

A new Finnish study published just last month has further confirmed the link.  It showed that prior induced abortions (IAs) result in a 28% higher risk of an extremely preterm birth (< 28 weeks' gestation).

Another landmark study from Finland last year analysed data from 300,858 first-time mothers between 1996 and 2008. It showed that women were three times more likely to have a very premature baby, born before 28 weeks, if they had had three or more abortions.

Overall the paper showed three babies born before 28 weeks for every 1,000 women who had never had an abortion, four per 1,000 who had had one abortion, six in those who had had two abortions and 11 if the woman had had three or more abortions.

One of the more serious consequences of premature birth is cerebral palsy.

In other words babies born before 28 weeks have 146 times the chance of having cerebral palsy of those born at term.

So how much cerebral palsy in very preterm babies can be attributed to previous abortions?
There are about 4,000 babies under 28 weeks born in England and Wales each year (there were 4,150 in 2005/6).

On the basis of the Finnish study quoted above I have previously calculated that 10% of these premature births - about 400 - are attributable to abortion.

If 14.6% of these 400 babies had cerebral palsy (Himpens’ figures), that would make 58 babies born each year in Britain who have cerebral palsy attributable to premature birth as a result of abortion.

A report last year showed that the NHS paid out £3.1bn in damages over a decade to babies and mothers injured as a result of staff errors during childbirth.  Of this £3.1bn a total of 542 claims for cerebral palsy cost the NHS some £1.3bn alone.

I wonder if those women who have a baby with cerebral palsy as a result of a premature birth attributable to a previous abortion might have a claim against those doctors who performed those abortions.

It’s an interesting question.
Posted by Peter Saunders at 14:33