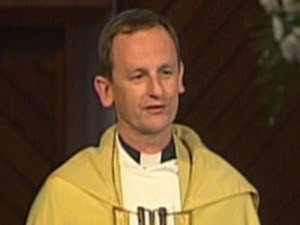 This week the Anglican Bishop of Auckland is being taken to the Human Rights Tribunal over allegations he is discriminating against a gay man who wants to become a priest.

Right Reverend Ross Bay (pictured) has been accused of preventing a gay man entering the Anglican Church's training or discernment programme for priests because he is unmarried and in a sexual relationship with his male partner.

The complainant, who cannot be named for legal reasons, said he had been signalling his desire to train for the priesthood since 2006, but had never been accepted into the programme (but see follow up here).

Bay, who approves entrants to the Anglican Church's clergy training programme, has been the Bishop of Auckland since 2010.

The Human Rights Act 1993 allows exceptions to some discrimination laws, including where organised religions are following their doctrine.

The Bishop said, ultimately, church rules determine who can be ordained, and he refused the man entry ‘by reason of the defendant not being chaste in terms of canons of the Anglican Church’.

He added that anyone in a sexual relationship outside of marriage would not be accepted to train as a priest.

The case is illustrative of the sort of litigation that will become commonplace once same sex marriage is legalised.

At the end of the day this is not about ‘legal equality’ – already granted by civil partnerships – or ‘love’ – nothing currently stands in the way of such relationships.

It is largely about the desire for affirmation and recognition.

What infuriates and drives some sections of the gay rights lobby is the fact that some other members of society - in this case leaders in the Anglican church - refuse to accept, affirm and celebrate their sexual relationships.

And so in complete disregard of the directive of Jesus and Paul not to take fellow Christians to court (Matthew 18:15-17; 1 Corinthians 6:5-7) they end up doing just that – thus underlining the key issue at stake in this debate – a disregard for biblical authority.

The Bible is very clear that the only context for sexual intercourse is within a lifelong heterosexual marriage relationship.

If this aspiring priest wishes to be ordained he needs to acknowledge and respect that by giving up his claim to ordination or by becoming celibate. He can't have it both ways.

Even if he is successful in challenging the rules in a human court he will not be successful when he attempts to justify himself before God who set the rules in the first place.

NB: The Human Rights Tribunal later dismissed this case in October 2013
Posted by Peter Saunders at 07:29