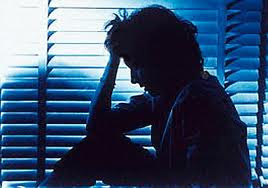 In the largest study of its kind researchers have concluded that women having abortions experience an 81% increased risk of mental health problems.

Published in the prestigious British Journal of Psychiatry, the review also found almost 10% of all mental health problems are shown to be directly linked to abortion.

The Daily Mail, Daily Telegraph and Press Association have published reports but interestingly not the BBC. Amongst the broadcast media CBS and ITN have so far covered it.

A much fuller analysis of the study has been posted on the CMF website. Mary Davenport's review on the American Thinker blog is also worth reading.

Separate effects were calculated based on the type of mental health outcome with the results revealing the following: the increased risk for anxiety disorders was 34%; for depression it was 37%; for alcohol use/abuse it was 110%, for marijuana use/abuse it was 220%, and for suicide behaviours it was 155%. Nearly 10% of the incidence of all mental health problems was shown to be directly attributable to abortion.

Significantly women who had had abortions had a 55% increased risk of experiencing any mental health problem when compared to women who had delivered unintended pregnancies.

This new review, titled Abortion and mental health: quantitative synthesis and analysis of research, was conducted by Priscilla K. Coleman from Bowling Green State University, Ohio, USA, and is based on 22 published studies looking at 36 effects. Only the strongest studies were included, with a combined number of participants totalling over 850,000. Overall the review brings together data on 877,181 participants 163,831 of whom experienced an abortion.

The ‘strongest’ studies are based on a sample size of 100 participants or more, use of a comparison group, and employment of controls for variables that may confound the effects such as demographics, exposure to violence, prior history of mental health problems, etc.

On Tuesday 6th September MPs in the House of Commons are set to vote on an amendment to the Health and Social Care Bill 2011. Tabled by MPs Nadine Dorries and Frank Field it seeks to change the law to ensure women seeking abortion are offered independent advice on their decision to seek a termination.

As MPs prepare to vote on introducing independent counselling for women considering abortion, it’s imperative women are made aware of the real risks of developing mental health problems post-abortion.