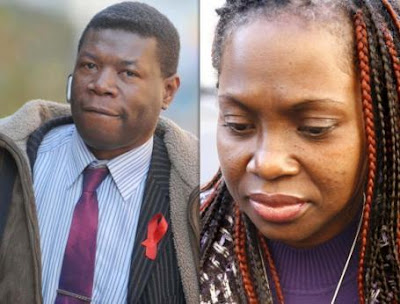 Two British Christians who refused to act contrary to conscience have lost their legal battle at the European court of human rights in a move that demonstrates that ‘gay rights’ trump ‘conscience rights’ when the two conflict.

Gary McFarlane and Lillian Ladele (pictured) had their appeals to the Strasbourg court rejected in January and had sought to resolve the matter in the court's grand chamber, its final arbiter. However, judges at the court have rejected the request, in effect ending the legal battle.

Ladele, 52, a local authority registrar, was disciplined by Islington council in London for refusing to conduct civil partnership ceremonies, while McFarlane, 51, a Bristol relationship counsellor, was dismissed by the charity Relate for saying he might object to assisting same-sex couples with their sex lives.

The court had previously ruled that both employers' actions were justified, given their obligations to prevent discrimination against people using their services.

In 2003 Miss Ladele, who was being defended by the Christian Institute, told her managers at Islington Council that, should civil partnerships ever become law, she would have a conflict of conscience based upon her Christian beliefs about marriage.

Islington accepted that it had enough registrars to provide a civil partnership service to the public without requiring Miss Ladele’s involvement. But managers at the council refused her request, and demanded that she carry out civil partnership registrations against her will.

McFarlane, who was being defended by the Christian Legal Centre, had practised as a relationships counsellor for a number of years. Then, during a training course for a new skill, he was prompted to indicate that if the situation ever arose he might have a conscientious objection to providing sex therapy to a same-sex couple on account of his Christian faith.

He was dismissed for gross misconduct for discrimination on the grounds of sexual orientation, despite the fact that (i) the issue involved a hypothetical scenario and (ii) there was never a risk of anyone being denied a service to which they were entitled (since there were many other counsellors who were willing and able to provide it).

The dismissal by Relate (his employer) was on principle and it was irrelevant whether he could have been accommodated.  A dismissal for gross misconduct is the most severe sanction available to an employer.

The two rulings demonstrate that under British law gay rights now trump conscience rights and that reasonable accommodation need not be made for employees. At a stroke this puts at risk the job of any employee objecting to helping gay couples in activities they believe to be wrong (eg. Celebrating a civil partnership, adopting a baby, having sexual counselling etc).

The decision of the Grand Chamber has understandably prompted calls for more robust protections to be put in place for Christians in the Government's Marriage (Same Sex Couples) Bill. The House of Lords is due to vote on the Bill at Second Reading next Monday 3 June.

It has been argued that if this latter bill goes through those who refuse to endorse gay marriage (eg. Teachers, Council workers, healthcare workers) could similarly find their jobs to be at risk.

Amidst the rulings however there were some rays of hope for conscience rights.

The European Court decided that decisions of the UK Courts were within the 'margin of appreciation' (discretion) that it allows to national Courts - but in so doing it challenged many of the principles adopted by UK Courts and asserted by the British government.

So for example, the UK Courts had held that beliefs about marriage as between a man and a woman was not a core component of Christian belief and so not protected. The European Court said that these beliefs were part of Gary and Lillian's Christian identity and so were in principle protected!

These are significant breakthroughs and will be a great help in contending for Christian freedoms in the UK Courts in the future.

Last month the Council of Europe passed a resolution calling on all member states to respect conscience and accommodate religious beliefs in the public sphere. The situation facing UK Christians was recorded in the report that was prepared for the debate that took place before the vote. This shows how the cases have influenced Council of Europe opinion and consequent policy.

This month, a member of the EU Delegation to the International Organisations in Vienna wrote:

‘We are concerned about rising anti-Christian intolerance and violence... a trend which often remains unnoticed.’

Christians and others, living in a free democratic society, should not be forced, at fear of losing their jobs, to do things they believe are profoundly wrong. Instead reasonable accommodation should be made for them.

In both these cases it could have been, but the respective employers decided instead, backed by the law, to put these two employees in an impossible situation.

Whilst neither Ladele nor McFarlane were healthcare workers the same principles will apply to doctors, nurses and others who find themselves in similar moral dilemmas (I have previously commented on the way that British law and employment regulations are marginalising Christian health professionals).

Whilst we must not give up the fight these cases should not surprise us given Britain’s progressive slide into secularism.

The Bible tells us that ‘everyone who wants to live a godly life in Christ Jesus will be persecuted’ (2 Timothy 3:12). It is part and parcel of following Christ, so best to prepare for it now.

Christians contemplating these circumstances need to draw a line in the sand and not be intimidated. In so doing they stand by biblical precedent.

The Hebrew midwives when ordered by the king of Egypt to kill all male Hebrew children refused to do so and as a result we are told that God commended and rewarded them (Ex 1:15-22).

Rahab the harlot similarly refused to co-operate with the king of Jericho in handing over the innocent Israelite spies (Jos 2:1-14). She is later praised for her faith in so doing (Heb 11:31; Jas 2:25).

Even the prospect of death as a consequence of disobedience to state law did not stop Shadrach, Meshach and Abednego refusing to bow down to the image (Dan 4:6-8), or Daniel persisting with public prayer (Dan 6:1-10).

In the New Testament when Peter and John were commanded by the Jewish authorities not to preach the Gospel they replied 'We must obey God rather than men' and went right on doing it (Acts 5:29).

We need to do the same and leave the eventual outcome in God's hands. Whether we are vindicated or condemned he will be glorified.
Posted by Peter Saunders at 14:59