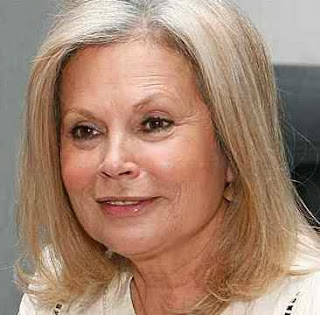 The European Union voted last week to deny acceptance of a draft report which would have established abortion as a human right, and simultaneously squelched conscientious objection as well as established a perversion of sexual education for children.

In a resounding victory for common sense, following a short but lively debate in the European Parliament, a majority of MEPs voted to refer the highly controversial resolution on the Estrela report back to the Committee on Women's Rights and Gender Equality.

The resolution on Sexual and Reproductive Health and Rights was presented by Portuguese MEP Edite Estrela (pictured) but her report is said to be the work of the International Planned Parenthood Federation in Brussels.

The fact that it has been referred back to committee implies, that a revised report cannot not be presented until early next year, thus, limiting the time available to the Parliament to deal with it, prior to the next European elections. In other words, this rejection may well be a fatal blow stopping the report’s progress.

The Estrela report  bemoaned the fact that many physicians even in Europe, refuse to participate in abortions:

‘There are cases reported from Slovakia, Hungary, Romania, Poland, Ireland and Italy where nearly 70 per cent of all gynaecologists and 40 per cent of all anaesthesiologists conscientiously object to providing abortion services… These barriers clearly contradict human rights standards and international medical standards.’

It also recommended that member states:

‘regulate and monitor the use of conscientious objection so as to ensure that reproductive health care is guaranteed as an individual’s right, while access to lawful services is ensured and appropriate and affordable referrals systems are in place’.

In addition to the war on rights of conscience, the defeated measure sought to establish abortion as a human right:  ‘[as a human rights concern, abortion should be made legal, safe and accessible to all’.

And finally, the report recommended that member-states ensure compulsory sex education consistent with the recommendations of the report by the WHO in 2010.  More information about the content of the sexuality standards is available here. I quote:

‘(The European Parliament) calls on Member States to ensure compulsory, age-appropriate and gender-sensitive sexuality and relationship education, provided in a mixed-sex setting, for all children and adolescents (both in and out of school).’

The standards for sex education referred to include these:

‘Children aged 6-9 should go on learning about “enjoyment and pleasure when touching one’s own body (masturbation/self-stimulation)”, but they also should be informed about “different methods of conception” and “the basic idea of contraception (it is possible to plan and decide about your family)”.’

There is a conspicuous absence of any genuinely moral attitudes towards sexuality that should be transmitted to the child: no reference to chastity, no reference to conjugal fidelity, only a vague sense that ‘everything is ok if it feels good, is consensual, and doesn’t entail an unwanted pregnancy’.

That attitude, however, appears to be compulsory in the sense that it would appear to be in violation of these ‘Standards’ if parents attempted to transmit to their children any genuine (and in particular Christian) moral values related to sexuality.


We can be hugely thankful to those who were alert to this measure and lobbied so effectively to defeat it. It was a rare victory but a reminder that the price of freedom is eternal vigilance. For now, at least, children both born and unborn, have been protected from a great deal of harm.

I’m grateful to both AAPLOG and Patrick Buckley for this report
Posted by Peter Saunders at 14:33