Government ministers and MPs wade in on Liverpool Care Pathway 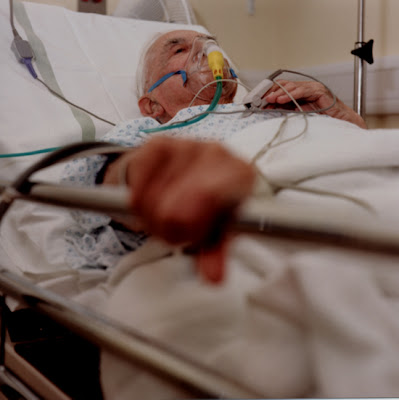 The controversial Liverpool care pathway (LCP), a framework used to manage patients who are imminently dying, has not unexpectedly now come to the attention of government ministers and MPs.

Earlier this year, the Daily Mail newspaper claimed in a headline that the NHS was killing off 130,000 patients a year via the LCP.

On the other hand a group of over 20 leading organisations have defended the LCP but at the same time emphasised that it must be used by trained people under expert supervision.

Like any clinical tool, if used on the wrong people for the wrong indications the LCP may well do more harm than good.

It now appears that things may be starting to move toward a long-awaited resolution where the LCP's appropriate use will be affirmed and its misuse will be identified and stamped out.

An article in today’s Express strikes a good balance on this.

Government ministers and MPs are now speaking out about the problem and investigations are being launched.

According to the Daily Mail Health Secretary Jeremy Hunt has hit out at the ‘unforgivable failure’ of some doctors to inform relatives that their loved one has been put on an ‘end of life’ programme.

‘People in the last days of their life deserve to be treated with dignity and respect, which at a minimum means involving individuals and their family in any decision regarding their care. I would expect any trust accused of such an unforgivable failure to investigate fully and learn lessons.’

Similarly Stephen Dorrell, chairman of the Commons health select committee, said there were clearly problems at some hospitals with the way the pathway was being used.

‘The idea that a person can be cared for at the end of life without the family being involved – that is not high-quality care as anyone would understand it.’

The Daily Mail also reports that ministers last week officially launched a wide-ranging investigation into the Liverpool Care Pathway after accusations it hastens the deaths of some patients.

Care Minister Norman Lamb said: ‘We need to know how patients and families feel about the care they receive. We need to make sure that health professionals have the best tools to help them with this sensitive work.’

Julian Brazier, Tory MP for Canterbury, said: ‘There should be an independent inquiry and not one run by the practitioners.’

The investigation will be run by a Heath Department organisation, the National End of Life Care Programme, and medical organisations which have been deeply involved in promoting and operating the Pathway.

It will have two elements. In the first, the £300 million NELCP will look into complaints about end of life care, including the Liverpool method. A group called Dying Matters will also talk to families.

The second element will involve consulting medical professionals about their views on the Liverpool pathway and other similar methods.

It will be led by the Association for Palliative Medicine, which represents 1,000 doctors.

The inquiry findings will be sent to the Department of Health but there is no pledge currently to make them public.

I suspect these inquiries, although welcome, will be too slow for critics.

My hope is that specialists in palliative medicine will in the meantime move swiftly to respond to the five key concerns that have been raised.

If they don’t the present controversy may well rage for some time yet.