The US state of Massachusetts is to hold a referendum on the legalisation of assisted suicide next month at the time of the presidential election.

On 6 November Massachusetts voters will have the opportunity to vote on Question 2, ‘Prescribing Medication to End Life.’ This is an important vote given the influence and prominence of Massachusetts itself.

As well as being the subject of a famous hit by the Bee Gees (!) Massachusetts, a small state on the US Eastern seaboard, has played a significant historical, cultural, and commercial role in American history.

Plymouth was the site of the colony founded in 1620 by the Pilgrims, passengers of the Mayflower and Harvard University, founded in 1636, is the oldest institution of higher learning in the United States.

In the 18th century, the Protestant First Great Awakening, which swept the Atlantic world, originated from the pulpit of Northampton, Massachusetts preacher Jonathan Edwards.

Massachusetts is also home to the New England Medical Journal, the oldest, most read and arguably most influential medical publication in the world.

In recent decades, Massachusetts politics have been generally dominated by the Democratic Party, and the state has a reputation for being one of the most liberal in the country.

You might expect, therefore, that there would be a lot of support for assisted suicide in the state.

But in fact strong lobbies of doctors and disabled people have recently formed to combat the move.

The Massachusetts Medical Society has issued a statement saying it is opposed to Question 2 for the following reasons:

* The proposed safeguards against abuse are insufficient. Enforcement provisions, investigation authority, oversight, or data verification are not included in the act. A witness to the patient’s signed request could also be an heir.

* Assisted suicide is not necessary to improve the quality of life at the end of life. Current law gives every patient the right to refuse lifesaving treatment, and to have adequate pain relief, including hospice and palliative sedation.

* Predicting the end of life within six months is difficult; sometimes the prediction is not accurate. From time to time, patients expected to be within months of their death have gone on to live many more months — or years. In one study, 17 percent of patients outlived their prognosis.

The Massachusetts Medical Society has also reaffirmed its commitment to provide physicians treating terminally ill patients with the ethical, medical, social, and legal education, training, and resources to enable them to contribute to the comfort and dignity of the patient and the patient’s family.

Lynda M. Young, MD, MMS past president, testified about the MMS policy at a hearing of the House Judiciary Committee on 6 March 6, 2012:

‘Allowing physicians to participate in assisted suicide would cause more harm than good. Physician assisted suicide is fundamentally incompatible with the physician’s role as healer. Instead of participating in assisted suicide, physicians must aggressively respond to the needs of patients at the end of life. ... Patients must continue to receive emotional support, comfort care, adequate pain control, respect for patient autonomy, and good communication.’ 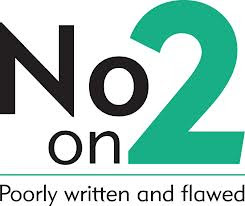 John Kelly, Executive Director of Second Thoughts and former Chair of the Advisory Board to the Boston Disability Commission, said, ‘Ballot question 2 contains a number of problematic issues that raise red flags with progressive voters.‘

‘We already have seen serious cost cutting pressures. We constantly hear about the costs of caring for people in the last year of their lives. We can point to examples in Oregon and Washington, where assisted suicide is legal of these implicit and explicit cost pressures. Ballot question 2 legalizes a $100 lethal prescription and that sends a terrible message to people living with serious illness or disability.’

These groups have allied together in a diverse coalition called ‘No On Question 2’ comprised of disability rights organizations, doctors, nurses, community leaders, faith based groups and patient rights advocates.

Currently only two US states, Oregon and Washington, have legalised assisted suicide, each on the basis of a referendum. This has led to an annual increase of assisted suicide in each state as I have previously documented on this blog.

By contrast whenever a bill has been brought before a US state parliament it has been defeated. This has happened over 100 times in the last 20 years.

In Massachusetts, as in the United Kingdom, the opposition of doctors and disabled people has been very significant indeed.

This is because one of the most powerful arguments against it is public safety – any change in the law will put pressure on vulnerable people to end their lives and no law can be adequately safeguarded against abuse.
Posted by Peter Saunders at 09:22