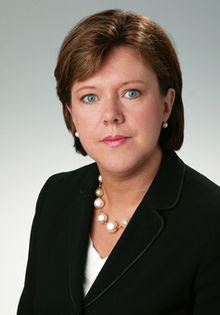 Maria Miller (pictured), the new minister for women and equalities, would like to see the upper abortion limit come down.

Having voted in 2008 to reduce the legal limit for abortions from 24 weeks to 20 weeks, she has just confirmed in an interview for the Daily Telegraph that she would vote that way again ‘absolutely’.

Miller, who describes herself as ‘a very modern feminist’ argues that ‘you have got to look at these matters in a very common sense way’ and says that she is ‘driven by that very practical impact that late term abortion has on women...What we are trying to do here is not to put obstacles in people's way but to reflect the way medical science has moved on.’

She is not alone in this conviction. 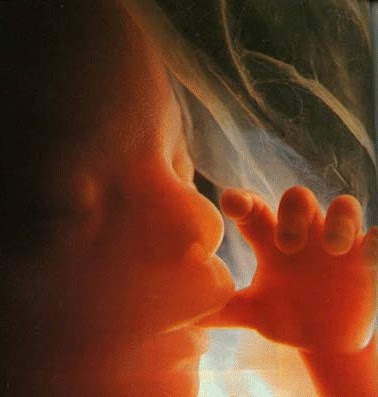 We have all seen Professor Stuart Campbell's high resolution 4D ultrasound images of babies 'walking’, swallowing, coughing, hiccupping from 12 weeks gestation and experienced how mothers bond emotionally to their babies as a result of these scans. We have also seen photographs of babies alive in the womb at 20 weeks (left).

The public also know about individual high profile cases like Manchester's Millie McDonagh, born after a 22-week pregnancy and the world's most premature baby, Amillia Taylor, who was born a week younger in the US. Experts may argue about survival figures and about comparisons between population-based studies like EPICure and those from top neonatal units but the fact remains that some babies do actually survive below 24 weeks.

Of course it would also raise the question of whether we should be doing the same for disabled babies, who can currently be aborted up until the moment of birth, but that is a subject for another blog.
Posted by Peter Saunders at 14:40