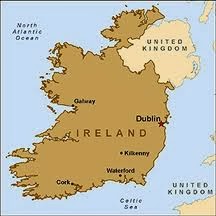 The Irish ‘Protection of Life During Pregnancy Act’, signed into law last July, will allow abortions to be carried out where there is a threat to the life of the mother.

It does not, however, allow abortion when the life of the baby is at risk.

Campaigners in Ireland are now seeking to change this and are up to their usual tricks of inflating statistics.

On 13 November the Irish Journal reported on a campaign by a group called ‘Terminations for Medical Reasons’ (TFMR) who argued that 1,500 Irish women per year carried babies with fatal fetal abnormalities:

‘About 1,500 cases of fatal fetal abnormalities are reported each year in Ireland with about 80 per cent of the women travelling abroad for early inducement or terminations. Members of TFMR were devastated of the omission from the legislation this year but vowed to take their cases to Europe and beyond.’

80% of 1,500 is 1,200! Given that around 4,000 Irish women have abortions in England and Wales each year this would suggest that almost one third of them are having them for fatal fetal abnormalities. That sounds a wee bit high to me.

So where did this figure of 1,500 come from? The earliest reference to it that I can find seems to be from the same group (TFMR) on 27 May this year, reported in Breaking News Ireland.

Since this time it appears to have been picked up uncritically by the Irish media.

According to the Irish Times on 26 June, during the debate over the bill, Independent TD John Halligan (pictured below), ‘pointed out’ that 1,500 women in Ireland each year had to deal with a pregnancy where the baby would live for just minutes outside the womb (emphasis mine). 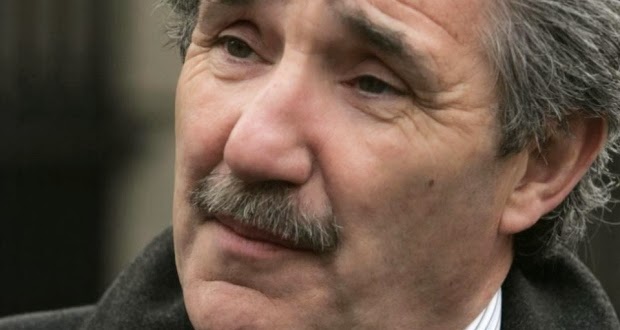 The figure was repeated uncritically by the Irish Examiner a day later.


To my knowledge not one of these news outlets has since retracted nor corrected the claim, with the exception of the Irish Independent who published an article by Niamh Ui Bhriain of The Life Institute on 25 November debunking the false statistics.

This encouraged us to obtain the statistics for Irish women having abortions in England and Wales for fatal fetal abnormalities from the Department of Health (DoH). According to the above there should have been 80% of 1,500 or about 1,200 each year.

But how many of these were for fatal abnormalities where, by John Halligan’s definition, the baby ‘would live for just minutes outside the womb’?

We are not told this specifically but we can make a reasonable estimate from the data available.

Of these the latter two conditions are very serious. Half of infants with Edward’s syndrome do not survive beyond the first week of life. The median lifespan is 5–15 days. About 8% of infants survive longer than one year.

More than 80% of children with Patau’s syndrome die within the first year of life.

So, even given the fact that these are all life-limiting conditions, it is extremely unlikely that any of these 31 babies, if born, would have died within minutes of birth.

There were 12 babies aborted for a range of other conditions including spina bifida (3) and cardiovascular disease (2). It would expected that most of these also would not die within minutes of birth. Unlike those babies with chromosomal abnormalities most of this group would be amenable to treatment of one kind or another.

The only category where the babies might arguably have fitted Halligan’s definition of ‘fatal’ was anencephaly. There were 8 abortions on Irish women for this condition in 2011.

55% of babies with anencephaly, who are not aborted, do not survive birth. If they are not stillborn, then they will usually die within a few hours or days after birth from cardiorespiratory arrest, although there are exceptional cases of babies with the condition surviving up to two or three years.

So let’s say that about half of those with anencephaly, about 4 in 2011, would fall into Halligan’s category of being stillborn or dying within minutes of birth.

I am not in any way trying to suggest that carrying a baby that has a disability to term is not a huge challenge which requires great courage, grace and support (see my article on anencephaly here).

But if we are to have this debate at all, then we must have it based on the actual facts of the case, and not with reference to wildly spun statistics that have been simply plucked out of the air to advance a certain political agenda.

Telling lies in parliament is serious. If John Halligan didn’t know they were lies then he is rather gullible and probably also incompetent. If he did then it is a very serious matter indeed.

I wonder if he will be called to account for it? And I wonder if the Irish media will keep propagating his untruths?

'Lies, damned lies and statistics' from the Alan Guttmacher Institute


Defending the ‘indefensible’? Twenty reasons to think twice about aborting a baby with anencephaly
Posted by Peter Saunders at 16:56