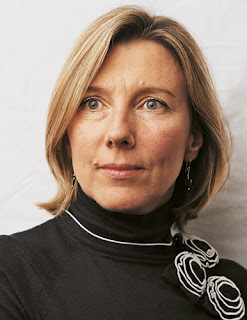 You can listen to the interview and read a short report on the BBC website.

Two men seeking assisted suicide are having their arguments heard by the Supreme Court this week in the latest round of their legal battle.

Paul Lamb, 57, was involved in a car accident in 1990, which left him paralysed, save for limited use of his right hand. He is seeking permission for a doctor in the UK to prescribe him lethal drugs so that he can take his own life.

‘Martin’, 48, suffered a brainstem stroke in August 2008, the effects of which are permanent, leaving him virtually unable to move and unable to speak. He can communicate only through small movements of his head and eyes and is totally dependent on others for every aspect of his life.

Because of his physical disabilities, ‘Martin’ is unable to take his own life. He wishes to go to Dignitas to end his life but his wife, although she wants to be there at the end, is unwilling to take part in any of the preparation or planning for her husband’s death.

The Director of Public Prosecutions’ guidelines state that a prosecution is more likely where a ‘professional’ assists a suicide. ‘Martin’ is seeking further clarity from the DPP regarding the likelihood of a doctor or carer assisting his suicide being prosecuted.

Both Lamb and ‘Martin’ are arguing that the current law represents a disproportionate and discriminatory interference with their right to a private and family life under Article 8 of the Human Rights Act, because it does not allow them to end their lives at a time and in a manner of their choosing - with the help of a medical professional.

Over the past 24 hours I have done six media interviews on these cases on behalf of ‘Care Not Killing’– BBC One o’clock news, Channel  5 News,  three BBC regional radio stations and the Radio Four Today programme.

I argued that if the Supreme Court were to accede to either man’s request this would be a far-reaching legal change that would remove legal protection from a large number of vulnerable, elderly, and disabled people.

You can listen to the (brief) Radio Four debate with Raymond Tallis and read a short BBC report on it here. The presenter was Sarah Montague (pictured).

Because of the death overnight of actor Peter O’Toole, our 0830 slot was bumped to 0855 leaving less than five minutes to deal with these very complex issues.

This was a matter beyond the presenters’ control and both Sarah Montague and Evan Davies said afterward that they had wanted to move the debate onto the concerning developments in other European countries that have changed the law to allow euthanasia or assisted suicide. They regretted that there was not time for this.

It is however noteworthy that the Belgian senate has in the last week voted to legalise euthanasia for children with terminal illnesses. The Belgian lower house is expected to offer not opposition to this when it considers it in the spring of 2014.

It is widely acknowledged that euthanasia is out of control in Belgium: a 500% increase in cases in ten years; one third involuntary; half not reported; euthanasia for blindness, anorexia, depression and a botched sex change operation; organ transplant euthanasia; and plans to extend euthanasia to children and people with dementia.

Call it incremental extension, mission creep or slippery slope - whatever - it is strongly in evidence in Belgium.

With these two court cases proceeding and two bills due to be debated in British parliaments next year we should heed the loud warnings coming from across the English Channel.