Why Ireland must urgently learn the lessons of history about abortion 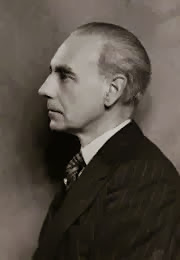 Most Western countries bear testimony to the fact that the legalisation of abortion, even in very restricted circumstances, leads inexorably to abortion on demand.

In Britain the famous case of Rex v Bourne (R v Bourne [1938] 3 All ER 615) involved a 14 year old girl who was raped by five soldiers and became pregnant as a result.

An eminent gynaecologist, Aleck Bourne (pictured), ended her pregnancy and was charged with the offence of conducting an illegal abortion.

His defence was based on the Offences against the Person Act 1861 in which, under British law, the only recognized justification for the termination of a pregnancy was if the life of the woman was in danger

Bourne was acquitted. Mr Justice Macnaghten in his judgement said:

‘If the doctor is of the opinion, on reasonable grounds and with adequate knowledge, that the probable consequence of the continuance of the pregnancy will be to make the woman a physical or mental wreck, the jury are entitled to take the view that the doctor is operating for the purpose of preserving the life of the mother’

This statement laid the framework for the mental health clause of the Abortion Act 1967.

Since 1968, around eight million abortions have been performed in Britain; now amounting to 200,000 each year, one for every four live births.

Similarly in the US, as a result of the Roe Vs Wade case of 1973, there have been 54 million abortions; now 1.2 million per year, one for every four live births.

The Irish ‘Protection of Life During Pregnancy Act’, signed into law last July, will allow abortions to be carried out where there is a threat to the life of the mother.

But it will also be allowed where there is medical consensus that the expectant mother will take her own life over her pregnancy.

It is this latter ‘mental health’ provision that is so easily subjective and elastic.

98% of all abortions in England and Wales are now actually performed on mental health grounds.
Section 1 (1) (a) of the Abortion Act 1967 reads as follows:

But there is actually no evidence that continuing with a pregnancy ever poses a greater risk to mental health than having an abortion.

However, despite this, the police, the General Medical Council, the Crown Prosecution Service and parliament all choose to turn a blind eye. In fact there has been only one prosecution for illegal abortion in Britain since 1967 in eight million cases.

It does not matter, in other words, what the law says. Once abortion has been legalised in any circumstances at all, it is in practice rather a matter of how the law is interpreted by doctors, how regulators, legislators, the police and the judiciary react, and what the public will accept.

And in practice British doctors simply tick the mental health clause to authorise abortion on demand. They use ‘mental health’as a catch-all for failed contraception, economic difficulty, social inconvenience and unwanted pregnancy. And no one else does anything to stop it happening.

If a similar situation were to evolve in Ireland with its new law (and after all any woman may threaten to commit suicide if she is not granted an abortion and some doctors will comply by ticking the box!) then Ireland abortion numbers could very easily follow the pattern we see in the US and UK.

How many abortions would this mean for Ireland and what sort of increase on current numbers could we see?

Just under 4.6 million live in the Republic of Ireland as against 60 million in England and Wales. So if Irish women were having abortions at the same rate as English and Scottish women there would be not 4,149 a year but over 15,300.

In other words abortion being illegal in Ireland currently saves over 11,000 Irish pre-born babies from abortion every year (This assumes that a change in Irish law will mean that Irish abortion rates will approach British rates – a not unreasonable assumption given how British rates have escalated in spite of what is on the surface a very restrictive law as argued above).

The only thing that will stop Ireland following suit is if its parliament, regulators, medical profession, judiciary and police behave differently from those in the UK.

But if the culture and public conscience in Ireland follow that of England and Wales – and there is no reason to think that they will not – it would seem unlikely that this will happen.

So what happened to Aleck Bourne?

Bourne later became a founding member of the Society for the Protection of Unborn Children which was organized in opposition to the British Abortion Act 1967.

In his memoirs, he wrote the following:


‘Those who plead for an extensive relaxation of the law [against abortion] have no idea of the very many cases where a woman who, during the first three months, makes a most impassioned appeal for her pregnancy to be “finished”, later, when the baby is born, is thankful indeed that it was not killed while still an embryo. During my long years in practice I have had many a letter of the deepest gratitude for refusing to accede to an early appeal.’

This is a huge wake up call to the Irish people.
Posted by Peter Saunders at 06:10