Doctors strike back at BMJ editors over assisted suicide stance 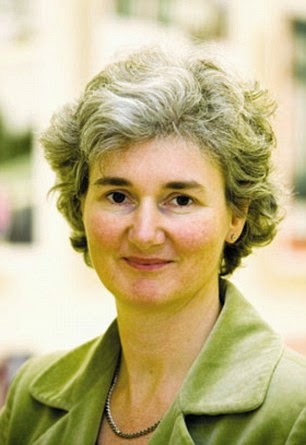 BMJ editors Fiona Godlee (pictured) and Tony Delamothe are long-time supporters of decriminalising assisted suicide and have frequently used their editorial position in Britain’s most widely read medical journal to advance their cause.

They argue that assisted dying should be legalised because respecting ‘choice’ (autonomy) is now a more important priority than preserving life.

The BMJ is editorially independent from the British Medical Association (BMA) but is paid for by the subscriptions of BMA members, most of whom do not support changing the law.

So it is not surprising that their editorial has generated a lot of correspondence, almost all of it opposing Godlee and Delamothe.

Dr Mark Porter, chairman of the BMA council has said:

‘There are strongly held views within the medical profession on both sides of this complex and emotive issue.

The BMA remains firmly opposed to legalising assisted dying. This issue has been regularly debated at the BMA's policy forming annual conference and recent calls for a change in the law have persistently been rejected.

The BMJ is a wholly owned subsidiary of the BMA, and quite rightly has editorial independence. Its position on assisted dying is an editorial decision and does not reflect the views of the BMA or the medical profession. Our focus must be on making sure every patient can access the very best of palliative care, which empowers patients to make decisions over their care.’

A letter in the same print edition (so received before the editorial was published) from RCGP Council Chair Maureen Baker makes clear that the recent RCGP consultation on ‘assisted dying’ was comprehensive and conclusively in favour of no change to the law.

‘Our recent consultation on assisted dying was one of the most comprehensive ever undertaken, with 1700 members responding from all four nations of the UK.

The result was conclusive—77% of members who submitted responses directly to the college indicated that the RCGP should maintain its opposition to a change in the law.

In an article titled ‘We must not deprive dying people of the most important protection’ he argues that the safety of vulnerable people must take priority over the determined wishes of individuals. Hard cases are already dealt with mercifully under the law which does not need changing.

‘Elizabeth Butler-Sloss, former president of the High Court, said, “Laws, like nation states, are more secure when their boundaries rest on natural frontiers. The law that we have rests on just such a frontier . . . The law is there to protect us all. We tinker with it at our peril.”

For me the real question is this: “Which is worse: not to kill people who want to die or to kill people who might want still to live?” In my experience it is impossible to separate those who might want to die from those who believe they ought to die and whose view is pretty well never “settled.” No one can be sure that some people not now at risk will find themselves so were the law to change.

A full blooded expression of autonomy includes the responsibility at times to restrain oneself on behalf of another: when it comes to having our lives ended, let’s keep it that way. Once this line is crossed there is no going back.’

I was briefly quoted in the Telegraph making much the same point about the limits of autonomy:

‘While autonomy is important it has to be balanced against other principles including public safety.

None of us believes autonomy is absolute, if we did we would have to say that there was no place for law because every single law restricts personal autonomy.’

Godlee and Delamothe appear not to understand that autonomy has limits. They are also well out of step with medical opinion and do not speak for the medical profession.

About two thirds of doctors in most surveys are opposed to any change in the law along with all the major medical institutions including the BMA, RCGP, RCP, British Geriatric Society and the Association for Palliative Medicine.


In a free society choice is important, but it has its limits. The duty to protect life trumps the so-called ‘right to die’.
Posted by Peter Saunders at 15:02