HPAD gets slapped down at the BMA ARM 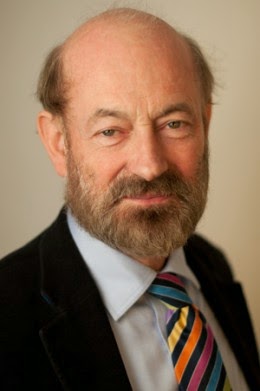 The British Medical Association (BMA) has always been opposed to euthanasia and assisted suicide. That is, apart from just one year, 2005, when under the influence of then Ethics chief Michael Wilks, it temporarily went neutral.

The BMA’s opposition to a change in the law has long infuriated advocates of assisted suicide, not least a small but vocal group of doctors who believe that they should be able in some circumstances to help their patients kill themselves.

In fact, campaigning for the legalisation of assisted suicide seems to be a major preoccupation (obsession even) for high profile retired secular humanist doctors (more here). Quite why is another story.

Every year at the BMA annual representative meeting, this small group of retired doctors, now assembled under the umbrella ‘Healthcare professionals for assisted dying’ (HPAD), the medical arm of the former voluntary euthanasia society, floods the BMA with motions calling for a change in the law. And almost every year the matter gets debated and the BMA policy remains unchanged.

This year was no exception. HPAD members sent in motions from all over the country calling for a referendum amongst BMA members on euthanasia neutrality.

But not surprisingly, the BMA’s agenda committee relegated them to the ‘grey’ part of the programme – ‘unlikely to be reached’ – and prioritised other ethical issues instead.

Not to be outdone HPAD did everything that it could behind (and in front of) the scenes to force a debate. The matter eventually came to a head when HPAD chair Ray Tallis (pictured) attempted to highjack the Chair of Council’s Q & A session. You can watch the video here but it went as follows:

Raymond Tallis: ‘(I am) Raymond Tallis, North West Division, Declaration of Interest, Chair of Heathcare Professions for Assisted Dying: I am deeply curious to know why when twelve motions at least were submitted to survey the views of the BMA on neutrality regarding the issue of assisted dying that this motion did not actually make the agenda.  Given that the motion is extremely timely we know that Lord Falconer’s bill is receiving its second reading in the House of Lords in a couple of weeks I can only conclude and this may be the conclusion of some people in the represented body that people were afraid of doing a survey on neutrality as they were worried about the findings’.

Chairman’s response: ‘Thank you Ray.  I believe I answered that question earlier on. That is not a question for the Chairman of Council as I believe you know very well.  You had the opportunity to ask the RB (representative body) to prioritise that motion, the RB chose to disagree with you through the democratic process.  I do not want to hear any more about this because the RB said no. Next question…’

Well that was short shrift. But I expect Tallis and HPAD will be back again next year. He murmured at the end that he remained ‘unchastened’.

Meanwhile we can be thankful that the BMA has again stood on the principle that doctors should not kill their patients.

It concluded: ‘Although there have been many changes in Medicine, the spirit of the Hippocratic Oath cannot change and can be reaffirmed by the profession. It enjoins…The duty of curing, the greatest crime being co-operation in the destruction of life by murder, suicide and abortion.’


Well they’ve done an about face since 1947 on abortion, but at least for now, they are standing firm on ‘murder’ and suicide. All is not yet lost.
Posted by Peter Saunders at 15:03