Falconer bill is a recipe for the abuse of elderly and disabled people, says Care Not Killing 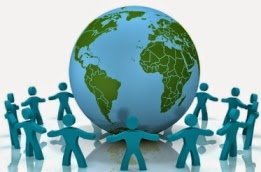 On the eve of the House of Lords’ debate on Lord Falconer's Assisted Dying Bill, Care Not Killing, an alliance of 40 organisations, has called on peers to reject the proposed legislation on grounds of public safety.

Campaign Director Dr Peter Saunders said, ‘This bill is a recipe for the abuse of elderly and disabled people. The pressure vulnerable people will feel to end their lives if assisted suicide is legalised will be greatly accentuated at this time of economic recession with families and health budgets under pressure. It will quite simply steer them toward suicide.’

‘Any change in the law to allow assisted suicide or euthanasia would place pressure on vulnerable people to end their lives for fear of being a financial, emotional or care burden upon others. This would especially affect people who are disabled, elderly, sick or depressed.'

‘In Washington, where assisted suicide is legal under a law very similar to that proposed by Falconer, 61% of people opting for assisted suicide give the fear of being a burden to family, relatives and caregivers as a key reason.’

The 85 assisted suicide deaths in 2012 in Oregon would equate with a similar law to 1,232 in England and Wales (14 times that of Oregon) and the Oregon experience raises many other causes for concern:


Elder abuse and neglect by families, carers and institutions are real and dangerous and this is why strong laws are necessary. Action on Elder Abuse, for example, states that more than 500,000 elderly people are abused every year in the United Kingdom. Sadly, the majority of such abuse and neglect is perpetrated by friends and relatives, very often with financial gain as the main motive. It would be very naive to think that many of the elderly people who are abused and neglected each year, as well as many severely disabled individuals, would not be put under pressure to end their lives if assisted suicide were permitted by law.

Parliament has rightly rejected the legalisation of assisted suicide and euthanasia in Britain three times since 2006 out of concern for public safety - in the House of Lords (2006 and 2009) and in Scotland (2010) - and repeated extensive enquiries have concluded that a change in the law is not necessary.

All major disability rights groups in Britain (including Disability Rights UK, SCOPE, UKDPC and Not Dead Yet UK) oppose any change in the law believing it will lead to increased prejudice towards them and increased pressure on them to end their lives.

The mark of a civilised society and the first function of government is not to give liberties to the desperate and determined but to protect the weak and vulnerable.

Even in a free democratic society there are limits to choice. Every law limits choice and stops some people doing what they might desperately wish to do but this is necessary in order to maintain protection for others.