Might Miliband be brokering a manifesto deal with Falconer over assisted suicide? 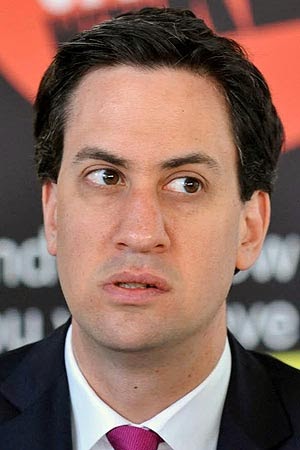 Lord Falconer’s ‘Assisted Dying Bill’ will receive its second reading in the Lords on 18 July. The former Lord Chancellor wants to license doctors to dispense lethal drugs to mentally competent adults who have less than six months to live and a ‘settled wish’ to die.

According to the Sunday Times he is claiming that a majority of peers in the House of Lords now support a change in the law.

That seems rather unlikely given that there are over 760 peers – and that most of them have not yet declared a view - but I suspect Falconer fancies his chances of obtaining a majority at a poorly attended Friday evening sitting in late summer.

There are already 92 peers who have put their names down to speak in the debate which means we might be in for a late night finish.

We have also seen from other recent debates that there has been a significant change in the composition of the House of Lords since the last election in 2010. Large numbers of both new labour and conservative peers of a liberal social disposition have come in and things may not be as one sided as they were when Falconer last tried to change the law on this issue with an amendment to the Coroners and Justice Bill in 2009. Then he lost by 194 votes to 141.

The 200 or so new peers may outwardly look like establishment figures but we need to remember than many of them were in their teens and twenties during the 1960s and imbibed fully that generation’s values (!). They are rich and powerful and also strongly politically correct. And assisted suicide is seen as a popular liberal cause.

Even if Falconer manages to win a second reading for his bill it needs to go through committee and third reading stage in the Lords and through three readings in the Commons before going for royal assent and finally becoming law. And this is a private member's bill, not a government bill, so no one is going to be in a great hurry to get it onto the statute books.

And with a general election looming in May 2015 there is not going to be much time for it either. Nor will there be much appetite for anything so controversial with election campaigns in full swing.

Or will there? David Cameron is on the record as being strongly opposed to changing the law to allow any form of euthanasia on public safety grounds. There is therefore little possibility, even given a conscience vote, of assisted suicide ever getting the nod under a Tory-led House of Commons. But a Labour or Lab-Lib government after the next election may be another prospect altogether.

Ed Miliband, however, has not yet revealed his hand on the matter. Labour sources apparently say the party regards the issue as one on which MPs and frontbenchers should be given a vote. But insiders, according to the Sunday Times, say that Miliband sympathises with Falconer’s efforts and that the party is considering a guarantee of government time to discuss it if it wins the next election.

Falconer was Tony Blair’s former flatmate and it’s no secret how he was elevated to the peerage: Tony Blair appointed him. Again from the Sunday Times:

'He built up a successful career as a barrister but failed to be adopted as a prospective Labour MP because he refused to take his children out of private schools. But Blair made him a peer in 1997 and a minister soon after that. Falconer rose quickly through the ranks — solicitor-general, minister for the Millennium Dome, housing, Home Office and then, in 2003, lord chancellor and later justice secretary.'

He is now in a powerful position to further his personal agenda of legalising assisted suicide.

Again according to the Sunday Times:

‘Falconer is just about the only member of the Blair inner circle to be close to Ed Miliband. He has been appointed “head of the transition”, a rather grand piece of American jargon for Ed’s hoped-for move into Downing Street. This means Falconer will have a central role in any coalition negotiations and in the appointment of ministers…. He is a skilled lawyer, a proven political operator…’

It is then not beyond the realms of possibility that Falconer could be using his power to seal a deal with Miliband for some parliamentary time for his bill after the 2015 election, should Miliband have the good fortune to win. Perhaps he might seek even to get it into the Labour manifesto?

It will be a difficult call for Miliband. On the one hand he will be concerned about gaining the support of the growing super wealthy liberal elite – the coterie of celebrities, politicians, sportsmen, actors and entertainers who are gagging for this legal change. See Dignity in Dying's patrons' page for a taster.

Based on the evidence from other jurisdictions where assisted suicide is legal such as the US states of Oregon and Washington, it is precisely this group, those who are most used to being ‘in control’ in life, who are also the most likely to seek 'control' over the one thing they most fear… dying and death. The main reasons given for seeking assistance to take ones own life in the US North-West are not pain and suffering but rather loss of autonomy, loss of dignity and loss of enjoyment of life.

But on the other hand the poor, weak and vulnerable – those who are sick, elderly or disabled – are the very ones who will be most at risk from exploitation and abuse should assisted suicide be legalised.

In a Britain where there is a widening gap between rich and poor, many are still struggling financially and, given increasing pressure on the NHS, are also those who are most likely to be subtly steered towards suicide either for fear of being a financial or emotional burden on their families, or because a glass of barbiturate is much cheaper than the costs of a care home, palliative treatment or a cycle of chemotherapy. In other words they will 'choose' assisted suicide because they can't afford any other of the 'choices' on offer and don't have the range of healthcare choices the rich and famous have.

The fundamental problem with offering assisted suicide as a ‘therapeutic option’, which Falconer is attempting to do, is that killing oneself ‘with assistance’ will be by far the cheapest ‘choice’ available.

And this alone will make it hugely tempting to greedy relatives worried about an inheritance being spent on care or to health ministers looking for budgetary cuts whilst faced with the burgeoning healthcare needs of a growing elderly population. And the so called 'right' to die could then very easily become the duty to die - doing the decent thing.

So which route will Miliband go? Will he accede to the wishes of the wealthy liberal elite, the politically correct? Or will he make protection of the poor and vulnerable his key priority?

At present he seems, perhaps deliberately, to have chosen to keep all options open.
Posted by Peter Saunders at 12:03