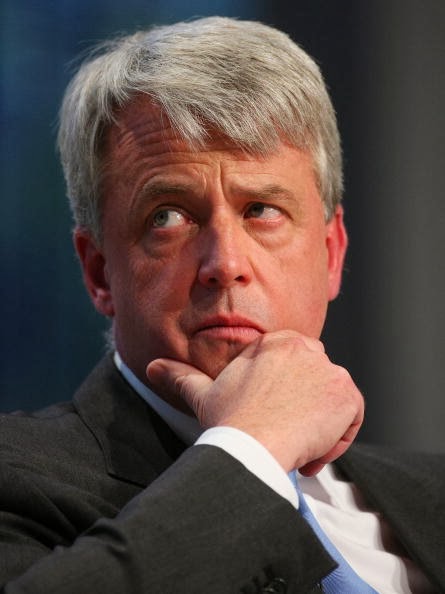 Prime Minister David Cameron has presided over the largest liberalisation of abortion practice since the passing of the Abortion Act in 1967.

Under his leadership, former health minister Andrew Lansley (pictured), working closely with abortion providers and senior figures at the Department of Health, has managed to smuggle in what is in effect a nurse-led abortion service without the issue ever being discussed in parliament and without the knowledge of most of his own party colleagues.

This is how he managed it.

When the Abortion Act was passed in 1967 it was intended to allow abortion only in a limited set of circumstances.

About 98% of all abortions are currently performed on grounds ‘that the continuance of the pregnancy would involve risk, greater than if the pregnancy were terminated, of injury to the physical or mental health of the pregnant woman or any existing children of her family’.

The two certifying doctors are required to carry out this balancing of medical risk and it is implicit in the legislation that they would meet with the woman to make an assessment about whether these medical conditions applied. How otherwise could they carry out their statutory duties ‘in good faith’?

The Labour government understood this principle. Their ‘Procedures for the approval of independent sector places for the termination of pregnancy’, issued in 1999, were crystal clear:

‘Under the Abortion Act 1967, pregnancies are terminated to protect health. Other than in an emergency to save a woman’s life, medical practitioners must give their opinions on the reasons under the Act for the termination following consultation with the woman.’ (emphasis mine)

In other words, both doctors were obliged actually to see the woman in making this health assessment.

But Andrew Lansley, who was Shadow Health Secretary at the time, did not like this arrangement. So in May 2008, during the passage of the Human Fertilisation and Embryology Bill, he advocated abolition of the two doctor rule in his Second reading speech. He later backed off in the face of some adverse publicity and an amendment aimed at dispensing with the two doctors was never debated or voted upon.

However, four years later, as Secretary of State for Health in the Coalition government, he saw the opportunity effectively to dispense with the two doctor requirement by stealth.

So in July 2012, without consultation and without informing parliament, he secretly issued new interim abortion procedures to independent abortion providers which effectively dispensed with the two doctor requirement.

On 9 July 2012, in answer to a parliamentary question, junior health minister Anne Milton hinted at Lansley’s new reading of the Abortion Act: ‘There is no requirement that both doctors must see and examine the woman’, she said.

So under Lansley’s new arrangements, it was no longer necessary for two doctors to see and examine the woman. One apparently would do (that being the natural reading of ‘not both’).

Lansley was replaced as Health Secretary by Jeremy Hunt on 4 September that year. But his ‘Interim procedures’ were not put up on the gov.uk website until 3 January 2013, almost six months after abortion clinics had been issued with them.

Again there was no public announcement. In fact the existence of these ‘interim procedures’ was not even mentioned in parliament for another two months, when they were first referred to by health minister Anna Soubry in an oral answer to Fiona Bruce on 5 March.

But the ‘Interim procedures’ reveal how Lansley had even further reinterpreted the law:

‘We consider it good practice that one of the two certifying doctors has seen the woman, though this is not a legal requirement.’

So now it was not even necessary for either doctor to see the patient. It is simply ‘good practice’ for one to do so.

This statement from the interim procedures was repeated word for word in the ‘Revised procedures’ put out for consultation by the Department of Health in November 2013. But in these we also had the following curious additional statement:

‘Members of a multidisciplinary team (MDT) can play a role in seeking information from the woman.’

So under Lansley’s direction, the requirement that two doctors consult with the woman has been dispensed with in a stepwise fashion. Now the whole process can be carried out by nurses or other members of a multidisciplinary team who conceivably might even be clerical figures with no medical or nursing training at all.

The two doctors will still add their signatures (without ever seeing the woman) but their involvement has been reduced to that of a perfunctory nod, effectively ticking a box.

It is perhaps no surprise that we are now seeing such widespread abuse of the Abortion Act in the form of sex selective abortions, illegal pre-signing of forms and over 185,000 abortions a year authorised on spurious mental health grounds. When cabinet ministers, together with civil servants, are allowed to rewrite laws without reference to proper democratic procedures this is exactly what we should expect.

Things had arguably slipped enough with unregulated doctors at the helm. But now that doctors are effectively side-lined we can expect very quickly to see the slide to a publicly funded, nurse-led, private abortion service where ‘willing providers’ like BPAS and MSI cut costs and fight for their market share.

And this is exactly what we are seeing. Private abortion providers furnished with tax payers' money have already grown their market share to 60% of all abortions. The revised procedures are also gunning for nurses to perform abortion procedures and for the second stage of medical (drug induced) abortions to be carried out at home, two further ‘reinterpretations’ of the Act.

So how do women feel about this effective rewriting of statute law by a Conservative cabinet minister?

A poll of more than 2,000 people carried out by ComRes and published in the Telegraph on 7 March, found that 89 per cent agreed that ‘a woman requesting an abortion should always be seen in person by a qualified doctor’. While 85 per cent of men polled agreed with the statement, support among women was 92 per cent.

I don’t think I have ever heard of an opinion poll generating a one-sided result of quite this magnitude.

Furthermore, just over three quarters of those polled also thought that women’s health could be put at risk unless doctors signing authorisation forms had seen the patient, with 73 per cent of men agreeing but 78 per cent of women.

Again this is hardly surprising. Abortion is a procedure with contraindications and complications which women seeking fully informed consent have a right to know about – from a doctor.

The consultation around the revised abortion procedures has now closed and the Department of Health is just about to release the new guidance for both private abortion clinics and doctors.

At that point Lansley’s new interpretation of the Abortion Act – that no doctor need see a woman before authorising an abortion – will be set in stone, without parliament ever having debated it and with most government MPs not even being aware that it has happened right under their noses.

David Cameron is already deeply unpopular with many social conservatives, and this rewriting of abortion procedures under his leadership will not endear him further to them. Did Cameron know what Lansley was doing and approve it? Or did Lansley sneak this measure through without his leader’s knowledge? Was Cameron collaborating or being deceived?

These are very serious questions.

I suspect also that there are many other MPs in the Tory party and elsewhere who, whilst not necessarily having socially conservative views on abortion, will nonetheless be deeply concerned that a cabinet minister can effectively rewrite statute law on such a key issue, in such a clandestine, and quite possibly even illegal, way.

I would not be surprised, as the scale of this operation gets out, that we might be seeing MPs buried by bulging parliamentary postbags from angry constituents.

Then I expect that these same MPs will start asking some very pertinent parliamentary questions which even David Cameron might find difficult to answer.
Posted by Peter Saunders at 16:39 39 comments: