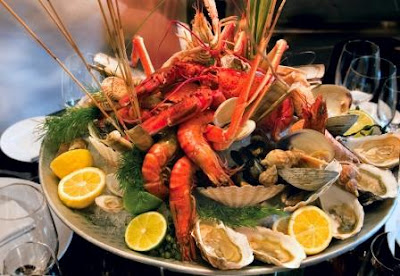 An argument frequently advanced by those attempting to defend homosexual practice is that Christians ‘cherry pick’ the commands in the Bible – that is, they chose to emphasise some commands while ignoring others.

So how can Christians then justify upholding laws on sexual morality whilst at the same time ignoring the food laws from the very same books of the Bible? Why may they eat shellfish but not be allowed to have sex outside marriage? Isn’t this inconsistent and hypocritical?

Didn’t Jesus himself say that ‘anyone who sets aside one of the least of these commands and teaches others accordingly will be called least in the kingdom of heaven’? (Matthew 5:19)

The answer to this question lies in an understanding of biblical covenants.

A covenant is a binding solemn agreement made between two parties. It generally leaves each with obligations. But it holds only between the parties involved.

There are a number of biblical covenants: Noahic, Abrahamic, Sinaitic (Old), Davidic and New.

Under the Noahic covenant, which God made with all living human beings (Genesis 9:8-17), people were able to eat anything:

‘Everything that lives and moves about will be food for you. Just as I gave you the green plants, I now give you everything’ (Genesis 9:3).

But under the Sinaitic (Old) Covenant, which God made with the nation of Israel, people were able to eat certain foods, but not others. These are listed in detail in Leviticus 11:1-47 and Deuteronomy 14:1-21).

However these laws were applicable only to the nation of Israel and were intended to set them apart from other races.

The Old (Sinaitic) Covenant was made after Israel’s deliverance from Egypt and involved laws, priests (all of whom were members of the tribe of Levi) and a sacrificial system based on animal sacrifice. It was aimed at protecting Israel from God’s wrath and judgement.

The nation of Israel, however, was unable to keep the requirements of the Old Covenant, meaning that a New Covenant was necessary, as foretold by the prophet Jeremiah:

Jesus said that he had come to fulfil the ‘Law and the Prophets’ (Matthew 5:17; Luke 24:44). He would establish this new covenant with new laws, with himself as high priest based on his own sacrificial death on the cross.

This new covenant would completely deal with sin (Hebrews 10:1-18) and protect all those who put their faith in him from God’s wrath and judgement (See more on this here).

‘In the same way, after the supper (Jesus) took the cup, saying, “This cup is the new covenant in my blood, which is poured out for you”’ (Luke 22:20). ‘…we have been made holy through the sacrifice of the body of Jesus Christ once for all’ (Hebrews 10:10)

People would come under the protection of this new covenant, not by virtue of belonging to the nation of Israel, but through faith in Christ. In fact the function of the Old Testament Law (Sinaitic covenant) was to point to Christ as its fulfilment.

‘So the law was our guardian until Christ came that we might be justified by faith. Now that this faith has come, we are no longer under a guardian. So in Christ Jesus you are all children of God through faith, for all of you who were baptized into Christ have clothed yourselves with Christ. There is neither Jew nor Gentile…’ (Galatians 3:24-28)

The Apostle Paul makes this very clear in saying:

So what then did Christ say about foods? He pronounced all foods clean for his followers to eat:

‘ “Don’t you see that nothing that enters a person from the outside can defile them?  For it doesn’t go into their heart but into their stomach, and then out of the body.” (In saying this, Jesus declared all foods clean.) He went on: “What comes out of a person is what defiles them.  For it is from within, out of a person’s heart, that evil thoughts come—sexual immorality, theft, murder,  adultery, greed, malice, deceit, lewdness, envy, slander, arrogance and folly.  All these evils come from inside and defile a person.” (Mark 7:18-23)

Jesus was making that point that under the new covenant God required purity of the heart. Internal thoughts and attitudes were as important as external actions.  Consistent with this God commanded the apostle Peter to eat food that was forbidden under the Old Covenant:

‘Then a voice told him, “Get up, Peter. Kill and eat.” “Surely not, Lord!” Peter replied. “I have never eaten anything impure or unclean.” The voice spoke to him a second time, “Do not call anything impure that God has made clean.” (Acts 10:13-15)

Similarly the apostle Paul taught that all foods were admissible under the New Covenant:

So Christians can eat anything, including shellfish.

But what about sex?

The Bible, consistently throughout, teaches that sex is only permissible within a marriage between a man and a woman. This principle is first laid down during the creation narrative:

‘a man leaves his father and mother and is united to his wife, and they become one flesh’ (Genesis 2:24)

It is upheld in the Old Covenant and in great detail every sexual act outside this pattern is listed as off limits in Leviticus 18 and 20.

Jesus upholds the same principle in his teaching on marriage (Matthew 19:1-12) and its importance is emphasised to Gentile Christians (Acts 15:19,20) and repeatedly emphasised in the teaching of the apostles.

‘It is God’s will that you should be sanctified: that you should avoid sexual immorality; that each of you should learn to control your own body in a way that is holy and honourable,  not in passionate lust like the pagans, who do not know God;  and that in this matter no one should wrong or take advantage of a brother or sister. The Lord will punish all those who commit such sins, as we told you and warned you before.  For God did not call us to be impure, but to live a holy life. (1 Thessalonians 4:3-7)

In fact in the very last book of the Bible we are told that the unrepentant ‘sexually immoral’ will not enter heaven (Revelation 21:8, 22:15)

I have unpacked this teaching on sexual morality in much more detail here and here.

So Christians can eat shellfish, in fact they can eat all foods, but they cannot have sex outside marriage. And that includes homosexual sex.