The brain is like a muscle – use it or lose it

Some years ago on a trip to India I shared a room with a doctor at a Christian Medical Conference in New Delhi where we were both speaking. He was a travelling evangelist and Bible teacher from Kerala who had put many long train trips to good use by memorising Scripture and could tell you what was in every chapter of every book in the Bible. A while later at a UCCF conference at Hothorpe Hall I watched someone else recite the entire book of Acts ‘word perfect’ whilst acting it out.

Such feats of memory are rare in our literary culture where people rely far more on books or internet search engines than memory to recall facts. But in oral cultures it is not uncommon at all to find people who can recite vast tracts of information from memory.

If like me you are frustrated by your apparent loss of memory with advancing years then you will be heartened by the growing volume of research showing that fogged memory and slowed wit are not inevitable consequences of getting old. Rather, there are steps people can take to protect their brains.

A UCLA research study published in the June 2006 issue of the American Journal of Geriatric Psychiatry found that people can improve cognitive function and brain efficiency through simple lifestyle changes such as incorporating memory exercises, healthy eating, physical fitness and stress reduction into their daily lives.

The International Longevity Center released in 2001 a report which includes (in pages 14–16) recommendations for keeping the mind in good functionality until advanced age. Some of these are to stay intellectually active through learning, training or reading, to keep physically active so to promote blood circulation to the brain, to socialize, to reduce stress, to keep sleep time regular, to avoid depression or emotional instability and to observe good nutrition.

There is also some interesting recent work from Dr Amir Soas of Case Western Reserve University Medical School in Cleveland. ‘Read, read, read,’ Soas says. Do crossword puzzles. Pull out the chessboard or Scrabble. Learn a foreign language or a new hobby. Anything that stimulates the brain to think.’ He also advises cutting back on TV. ‘When you watch television, your brain goes into neutral.’ Case Western now plans to study whether people who contract Alzheimer’s watched more TV throughout life than healthy seniors.

I was interested to see a Newsweek article just this month reporting on further new research showing how the use of mental exercises had increased both intellectual performance and IQ in children.

I am encouraged by all this that my resignation to increasing failing memory with advancing years need not become a self-fulfilling prophecy and am setting my mind specifically to using my memory more proactively this year.

I’m starting by doing some well-overdue learning of the content, chapter by chapter, of some Bible books. And it seems to be working.
Posted by Peter Saunders at 05:16 1 comment:

On 30 July the Law Lords, ruling on the Debbie Purdy case, required the Director of Public Prosecutions (DPP) Keir Starmer (pictured) to publish the facts and circumstances he would take into account in deciding whether to bring a prosecution under the Suicide Act. Under the Suicide Act 1961 assisting with suicide carries a sentence of up to 14 years, but there have so far been no prosecutions brought in any of the 120 cases of British people travelling to the Dignitas suicide facility in Zurich, Switzerland to end their lives.

The DPP published his interim draft guidelines on 23 September and these have been out for consultation. The consultation closed on 16 December and definitive guidelines will be published before 10 March 2010.

The interim guidelines were welcomed by the pro-euthanasia lobby which saw them as sanctioning assistance by family members with the suicide of mentally competent, seriously ill, terminally ill or disabled people who had a settled wish to end their lives.

But they have not surprisingly attracted serious criticism for being discriminatory (removing legal protection from sick and disabled people), naïve (about physical and financial abuse by so called ‘loved ones’), vague (about the status of assisting healthcare professionals) and betraying an ignorance of medical realities (in that a settled wish to commit suicide is often indicative of underlying mental illness).

Overall they have been attacked for changing the DPP’s role from one of upholding and enforcing the law to one of arbitrating between positive and negative prosecuting criteria and encouraging a tick box approach to prosecution that some have called ‘a murderer’s charter’.

The Care Not Killing Alliance, representing almost 50 organisations, has said that the draft guidance ‘is not fit for purpose in its current form’ and that there are ‘serious defects both in its underlying principles and in several of the specific prosecution criteria proposed’. It has called for a substantial revision.

The Christian Medical Fellowship, warning that similar guidelines in the Netherlands led to progressive abuse and the effective legal sanctioning of euthanasia, has called the guidance ‘fundamentally flawed in principle’. ‘The existence of published prosecution criteria will weaken perceptions of prohibition and by incremental drift lead to legalisation by administrative process rather than by the will of Parliament’, they said. ‘Consequently, we cannot in conscience collude with the consultation process by completing the artificial tick-in-the-box questionnaire’.

A group of senior lawyers in the House of Lords led by Lords Carlile, MacKay and Lady Butler-Sloss wrote to the Times expressing concern that the guidelines risked ‘being misinterpreted as implying that breaches of the law will not be prosecuted if certain prescribed boxes are ticked’. Not Dead Yet, an alliance of disability rights groups, said that those supporting the guidelines were ‘seeking to change the law by the back door by creating the impression that those who assist in a suicide will be immune from prosecution’.

The All Party Parliamentary Group on Dying Well argued that the guidelines provided ‘a checklist for potential offenders’ that would lead to ‘legalised killing’.

We hope that the DPP will take these serious criticisms on board and substantially amend his guidance by the time he issues his revision in 2010.
Posted by Peter Saunders at 12:08 1 comment:

Global warming is much more about per capita consumption than population 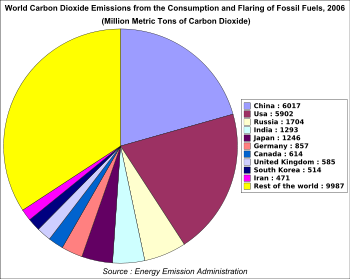 In February Jonathon Porritt, chairman of the UK Government’s Sustainable Development Commission, said that curbing population growth through contraception and abortion must be at the heart of efforts to combat global warming, and that couples who had more than two children were irresponsible. This idea - that our planet is heating up as a result of people in developing countries breeding too much – seems to be gaining more adherents amongst the Western intelligentsia.

But what is the evidence for it?

Carbon footprint is much more about consumption per capita than about population.
Posted by Peter Saunders at 08:43 3 comments:

Goats and kitchen sinks for Christmas

Some friends told me this week that they had given each of their children a £50 allowance this year to buy Christmas gifts for people living in developing countries. Their kids had grasped the opportunity with both hands, putting careful thought into their purchases, and even adding some of their own savings in an effort to make a real difference in the lives of those they were seeking to help.

The idea of 'buying a goat for Christmas' is not new but it is amazing to see the huge variety of other gifts that are now available on line. And for not much outlay at all.

On the Christian Aid site you can buy mosquito nets, school shoes, beekeeping hats and 'wormeries' all for less than £20; 16 ducks go for £25, a tap, toilet and sink for £41 and £96 pays a term's salary for a teacher.

From CBM £26 will provide enough Mectizan tablets to help 40 families for an entire year - stopping the progression of River Blindness (Onchocerciasis) and freeing them from the associated, debilitating symptoms. £20 will restore sight for someone blinded by cataracts.

Other options altogether are being put up by Wateraid, Oxfam and Save the Children.

This service that you perform is not only supplying the needs of God's people but is also overflowing in many expressions of thanks to God. (2 Corinthians 9:12)
Posted by Peter Saunders at 14:18 3 comments: