How should Christians respond to new biotechnologies? 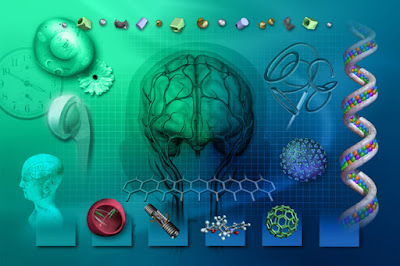 In recent years we have seen an explosion of new biotechnologies bursting on the scene, with promise (or threat) of much more.

Nanotechnology opens the possibility of ‘engineering’ minute biochemical systems at an atomic level.

Cybernetics merges human tissue with mechanical or electrical devices in order to restore lost function or enhance human abilities. With retinal implants, cyborgs – part human, part machine – may be just around the corner.

Most of these so-called ‘advances’ have been justified on the grounds that they will prevent human suffering or lead to new treatments. Undoubtedly many will. But what biblical principles should we use to evaluate these diverse new biotechnologies from a Christian perspective?

First, as Christians, we must pray to be like the ‘Men of Issachar’ (1 Chronicles 12:32) who both ‘understood the times’ and ‘knew what to do’. John Stott popularised the principle of double-listening saying that as Christians we must approach the world with the Bible in one hand and the newspaper in the other – listening both to God’s Word and God’s World.

Second, we must realise that ethical approaches based on a secular worldview are inadequate for dealing with these dilemmas. We cannot simply rely on uncritically accepting the world’s principles. It’s not enough, as some moral philosophers are saying today, to say that we should just do good, respect choice and act fairly. How are we to define ‘good’, ‘bad’ or justice without any agreed moral framework? What do when choice and justice conflict? And what is it that defines a person to whom we owe these responsibilities? Are humans with severe dementia ‘persons’ with right? Are fetuses? Are embryos? These key questions need to be answered from a biblical perspective first.

Third, we need to embrace a biblical view of humanity.  Thomas Sydenham taught that human beings have dignity because they are created in the image of God and because the Son of God became a man. We are not just the product of matter, chance and time in a godless and purposeless universe, but the product of intelligent divine design. We are godlike beings made for the purpose of knowing, loving and serving our creator forever.

Fourth we need to understand that there are limits to what we can legitimately do technologically to human beings. Professor of Neonatology John Wyatt has described human beings as ‘flawed masterpieces’. On the one hand, we are masterpieces made in the image of almighty God – analogous to the creation of a great painter or sculptor. On the other hand, we have become cracked and flawed over time – needing restoration and ultimately re-creation. In attempting to restore the human body we must be guided by the creator’s intentions. There is a difference between restoration and enhancement and there are also limits to our powers of restoration.

Fifth, we must keep an eternal perspective. The ultimate goal of the secular transhumanists is immortality and the elimination of disease. The most extreme amongst them believe that perfect health and unlimited lifespans are within our grasp using some of these new tools.  But as Christians, whilst we value the blessings of medicine, we look forward ultimately to the resurrection rather than the genetic revolution or cybernetics for our restored bodies. We need to be good stewards of technology but we should not seek to ‘build heaven on earth’.

Sixth, we must learn to embrace a wider love. Jesus told the parable of the Good Samaritan in response to the question ‘Who is my neighbour?’ In telling the parable he taught the expert in the law who asked it what was he needed to do actually to be a neighbour even to those with whom he felt no human bond, regardless of age, size or degree of deformity.  The baby with special needs trapped inside a non-functioning and dying body is as valuable as the greatest athlete. The embryo in the petri dish is as important as the colleague in the laboratory who lends us a pencil. The child scraping an existence on a rubbish heap is as important as a world famous scientist.

Seventh, we must keep ends and means in balance. In God’s economy, the end never justifies the means – we must do God’s work God’s way. It can be very tempting to dispense with biblical principles such as the sanctity of life or the purity of the marriage bond in finding solutions to some of the vexing challenges in medicine and society. But we can’t justify breaking God’s commands in pursuit of some perceived greater good. This principle has profound implications for what we do with fetuses and embryos in particular.


Finally, in all this, we must keep the cross of Christ central – being prepared to follow in the footsteps that Jesus himself walked. Carrying the cross means two things. First, it calls us to stand up for the truth whatever the world may throw at us – to risk reputation, credibility and career if the situation calls for it. But carrying the cross also involves being part of the solution. Jesus did not live in blissful disengagement from the world, like the Buddha. By contrast, his life was one of painful engagement and involvement. He became part of the solution – and this must surely mean that we must be committed as his followers to fulfilling our role as God’s stewards, to use our God-govern gifts and abilities in God’s way to help provide just and compassionate solutions for human suffering whatever it may cost. That is our mission.
Posted by Peter Saunders at 09:20 No comments: 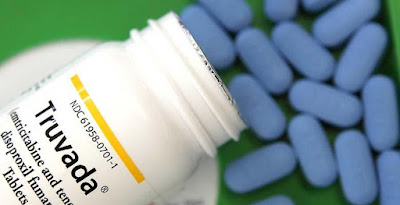 The High Court has today ruled that the NHS in England can fund a drug that can reduce the chance of people catching HIV whilst engaging in high-risk sexual activities.

NHS England had previously argued that local councils should provide PrEP ('pre-exposure prophylaxis') as 'health prevention' is their responsibility.

But Mr Justice Green said that NHS England had ‘erred’ and that both it and the local authorities were able to fund the drugs. Summing up, he said:

‘No one doubts that preventative medicine makes powerful sense. But one governmental body says it has no power to provide the service and the local authorities say that they have no money. The clamant [the National Aids Trust] is caught between the two and the potential victims of this disagreement are those who will contract HIV/Aids but who would not were the preventative policy to be fully implemented.’

The ruling has understandably evoked praise from gay rights campaigners and AIDS charities but consternation from NHS England which intends to appeal the decision. They are concerned about the effectiveness of the strategy, the precedent it creates for funding other 'disease prevention' measures and the way resources might be drawn from other health priorities were it to get the go-ahead.

The once a day pill known as PrEP, trade-named Truvada, consists of two antiretroviral medications used for the treatment of HIV/AIDS (tenofovir and emtricitabine or TDF-FTC) and costs £400 a month per person. The total cost to the health service could be in the order of £10-20m.

It is currently used in the US, Canada, Australia and France to help protect the most at-risk gay men.

According to the CDC (Centers for Disease Control) PrEP is for people who do not have HIV but who are at substantial risk of getting it.  It should be used in combination with other 'HIV prevention' methods, such as condoms, but even in these circumstances is not foolproof.

But these figures are what is achievable with good adherence (consistent use), and many of those most at risk are very likely not to adhere with taking the pills regularly.

An authoritative Cochrane review is far less reassuring. Overall, results from four trials (Baeten 2012; Van Damme 2012; Grant 2010; Thigpen 2012) that compared TDF-FTC versus placebo showed a reduction in the risk of acquiring HIV infection by about 51%.

Marked differences between the studies were attributed to differences in levels of adherence.

As one major review has concluded:

‘The efficacy of PrEP is dependent on adherence, and adherence to PrEP medications in efficacy studies has been variable, raising questions about whether persons who are prescribed PrEP in clinical settings will be adherent enough to derive protection.’

Furthermore the drug’s use may in fact lead to a paradoxical increase in other sexually transmitted infections (gonorrhoea, chlamydia etc) by encouraging more high risk behaviour from those who have been lulled into a false sense of security.

This well-known phenomenon whereby applying a prevention measure results in an increase in the very thing it is trying to prevent is known as ‘risk compensation’.

I have previously blogged on the fact, surprising to some, that morning-after pills don’t actually cut teen pregnancy rates and instead increase the incidence of sexually transmitted infections (see also here).

The term ‘risk compensation’ has also been applied to the fact that the wearing of seatbelts does not decrease the level of some forms of road traffic injuries since drivers, feeling more secure, are thereby encouraged to drive more recklessly.

In the same way making PrEP freely available to already promiscuous homosexuals could well encourage more sexual risk-taking and more sexually transmitted disease as a result. Any effect on decreasing HIV transmission rates is then cancelled out by rising levels of promiscuity.


Many will be shocked at the levels of promiscuity reported in these high-risk groups. In one study in the Cochrane database, during screening, participants reported an average of 12 coital acts per week with an average of 21 sexual partners in the previous 30 days.

It is only when these facts are known that the highly addictive nature of high-risk sexual activity, especially amongst male homosexuals, becomes evident. PrEP is not a prevention strategy at all. It is rather a harm reduction strategy aimed at lessening the damage that people addicted to high-risk sexual behaviours are doing to themselves. More akin to clean needles for drug addicts, filter cigarettes for smokers, protective gloves for compulsive burglars or seatbelts for habitual joy-riders.

As has been recently argued with respect to PrEP for drug addicts, 'PrEP is not ready for our community and our community is not ready for PrEP'. We need instead to address the underlying structural drivers and social context of the HIV epidemic and ask what it is that actually leads people to behave in this way.

PrEP may reduce the risk of HIV transmission significantly but it does not eradicate it. That is because it is not actually a 'prevention' strategy at all but a 'harm reduction' strategy. And lack of adherence and ‘risk displacement’ simply add to the problem. This means that those who rely on PrEP for protection against HIV are still effectively playing Russian roulette, with the willing assistance and collaboration of health professionals.

NHS England is right to challenge this judgement. We will need much more evidence that PrEP is truly effective in practice before embarking on this strategy, which brings us back to the bottom line in all this: The only way of preventing HIV infections, as opposed to reducing the chance of catching them, is by avoiding the high-risk sexual behaviours that lead to them.
Posted by Peter Saunders at 10:41 No comments: