The importance and credibility of Jesus’ resurrection 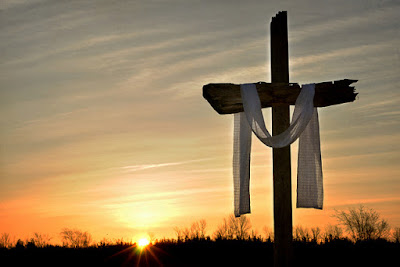 Nearly one in four ‘Christians’ do not believe in the story of Jesus’ resurrection from the dead, according to a recent ComRes poll.

But actually, as Ludwig Kennedy once claimed in a radio debate with Lord Rees-Mogg, 'Christianity stands or falls on the claim that Jesus Christ rose from the dead.’

More than that, Paul linked belief in the bodily resurrection of Christ to salvation: ‘if you declare with your mouth, “Jesus is Lord,” and believe in your heart that God raised him from the dead, you will be saved.’

Paul referred to Jesus’ resurrection as the ‘firstfruits’ (1 Corinthians 15:20), the initial sign that guarantees the coming of the ‘new heaven and new earth’ promised by the prophet Isaiah (Isaiah 65 & 66) and further described in the book of Revelation (Revelation 21 & 22).

He promises us that Christian believers will be raised with bodies just like that of Jesus after the resurrection (Philippians 3:21; 1 Corinthians 15:35-58; 2 Corinthians 5:1-10).  God has prepared for those who love him, ‘What no eye has seen, what no ear has heard, and what no human mind has conceived’ (1 Corinthians 2:9).

The resurrection is thereby central to the Christian faith, and yet the difficulty of accepting it happened is a major stumbling block for many people.

And yet believing it happened is not a matter of ‘blind faith’.  The disciples themselves, even though they had been told repeatedly by Jesus that it would happen, did not believe it when it was first reported to them by a group of women returning from the empty tomb. But they became convinced by the evidence.


So what is the evidence for the resurrection?

First, no-one disputed the fact that Jesus died on the cross. He was seen to breathe his last by eye-witnesses, and was certified dead by Roman soldiers whose very business was killing. They decided not to break Jesus' legs (customary practice to hasten death in crucifixion), because they were convinced he was dead already; and this was confirmed by the observation of 'blood and water' (separated cells and serum) coming from his pierced side. This only occurs as a post-mortem event.

The so-called 'swoon' theory, that Jesus may have only fainted and revived in the cool of the tomb, does not hold water. It involves believing that a man beaten to within an inch of his life, impaled on a cross and then wrapped in 75 pounds of bandages and spices (rather like a plaster of Paris cast!) could somehow unwrap himself, push away a one ton boulder, single-handedly overcome an armed Roman guard; and then persuade over 500 others that he had conquered death. The foolishness of this position is evidenced by the fact that no-one dared suggest the possibility until centuries later. Would Christ, the model of integrity, really deceive his followers by claiming he had risen when he knew he hadn’t? Apart from the testimony of eye-witnesses, no non-Christian historian at the time (see Josephus, Pliny, Tacitus and Lucian) doubted that Jesus died.

Second, the body was gone. If the Jews had removed it (Mary's immediate assumption) then they would simply have reproduced it at the first rumour of resurrection. If the disciples had removed it, they would not have subsequently been prepared to die for what they knew had not happened. In any case, the tomb was heavily guarded, and they had all run for their lives when Jesus was arrested. Pilgrims never flocked to Jesus' tomb. It was empty.

Third, the post-resurrection appearances were impressive. Despite Jesus’ repeated predictions that he would rise from the dead, all his followers first thought of other explanations for the missing corpse. What convinced them? Mary, the twelve disciples, the followers on the Emmaus Road, Paul and 500 others (1 Cor 15:6) became convinced when they saw him. Some have suggested hallucinations as an alternative explanation; but hallucinations do not occur with varied groups, on multiple occasions, in different places, over a period of several weeks. They don’t light beach fires or eat fish either!

Fourth, one has to account for the rapid spread of Christianity after Christ’s death. Most of the twelve disciples later died for their belief that Jesus was God. Although dying for a belief does not make it true, the point is this: they came to believe in Christ’s divinity after being convinced that he really had risen from the dead. It was this conviction that transformed them from fearful cowards into the bold apostles who literally turned the world upside down. The survival and growth of the early church resulted from the unshakeable belief that Jesus was alive.

Fifth is the personal experience of Christians, generations of people who have come to know Jesus as a person, with whom they enjoy a genuine friendship. Christianity is not just a creed to be followed nor an ideology to be embraced; it is a dynamic relationship with a real living God - through Jesus Christ.

People who are unconvinced by the above usually have philosophical objections to miracles per se. Here, no amount of sound historical evidence will convince them. But in reality, the real miracle is the incarnation. Once we allow for the possibility that God exists and could become a man; then a resurrection presents no difficulty at all. It is then a case of reviewing the evidence.

Ultimately, the fundamental block to belief in the resurrection is often not intellectual, but moral. In Jesus’ own words, ‘If they do not listen to Moses and the Prophets, they will not be convinced even if someone rises from the dead.’ (Luke 16:31) For those who choose not to believe, no amount of evidence will suffice.
Posted by Peter Saunders at 09:35 No comments: