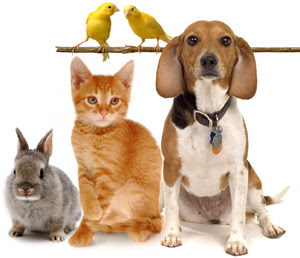 A decision by the Serbian Veterinary Association (SVA) to support the decriminalisation of pet euthanasia in any and all circumstances has generated huge controversy.

Pet advocate groups have expressed concern about how such a change in the law might be abused by those who feel that having a pet is no longer convenient for them, or who have simply grown tired of their pets or can’t be bothered looking after them.

Critics say that vets should be concerned about the rights of pets and not just go with pet owners’ personal preferences. Pets, they argue, are vulnerable animals and deserve stronger legal protection from those who may have a financial or emotional interest in their deaths.

Ilena Berovic, CEO of the animal charity ‘Pet Protection’ said, ‘Vets should protect the rights of pets as well as proving services to pet owners. There should be strong protection in law to safeguard against the exploitation, neglect or abuse of pets. Pets cannot speak for themselves or defend themselves so vets need to be their voice and defence.’

The SVA does not agree and has today defended its new policy. I reproduce here a statement (translated from Serbian) from the SVA president justifying the move.

‘Let me put the record straight about what the SVA is actually supporting. It is in favour of decriminalising pet euthanasia. In keeping with this position, the SVA does not believe it is right that in the 21st century those pet owners who choose to have their pets euthanized can be criminalised.

Put simply, this means they can be sent to jail for pet euthanasia, unless it is within the parameters of the Pet Euthanasia Act, which effectively gives other people control over pet owners’ decision-making.

The Pet Euthanasia Act requires that two vets approve every case of pet euthanasia, which can cause delays in and prolong this very difficult time for pet owners. Provisions in the Act are also used to prevent pet owners using the ‘pet euthanasia pill’ at home in their own time, requiring instead that they attend multiple appointments at a clinic, denying them choice over when the euthanasia is carried out.

If we are to be advocates for pet owners, then we must advocate for choice on all aspects of their care.

Accordingly, the SVA believes that pet euthanasia should be removed from the criminal law. That is why we took the decision to back the campaign calling for the decriminalisation of pet euthanasia across Serbia. The campaign calls for every pet owner to be given the necessary information to make their own informed choice as to whether or not to continue with a pet. The SVA is not advocating for or against pet euthanasia.

Nor is the SVA arguing for a complete free-for-all, with no controls. Rather, we are recommending that pet euthanasia procedures be regulated in the same way as all other procedures relating to pet healthcare. This would mean that decisions on pet euthanasia would occur in the same way that any other treatment decisions are reached, through discussion between the owner, their vets and other veterinary staff.

The SVA believes that if we are to be advocates for pet owners then we must advocate for choice on all aspects of pet care. Being a vet involves being for pet owners and about respecting their choices regarding their pets. It is about supporting them through the good times and the bad.

Decriminalisation is not the outrageous idea that some sections of the press suggest. It is already a reality in other countries and the pet euthanasia rate has not gone up as a result.

This is not about what we personally believe. This is about the pet owners we care for; it is about their lives and the choices they make. We will not have to live their lives once their decision is made.

I would urge people to read and consider the arguments that we set out in our position statement, and those set out by the ‘We trust pet owners’ campaign. It is in favour of people having a choice over their pet’s care, including whether to continue having a pet or not. We are not coming out either for or against pet euthanasia; we are for pet owners.’

As I’m sure you will have realised this article and statement is a spoof. The Serbian Veterinary Association (SVA) does not actually exist. There is in fact a Serbian Association of Small Animal Practitioners (SASAP) but it has made no such statement.

The statement above was instead produced by taking the statement by the CEO of the Royal College of Midwives (RCM) in the Guardian today on the decriminalisation of abortion and making the following changes throughout: RCM becomes SVA, abortion becomes pet euthanasia, doctor becomes vet, woman becomes person or pet owner.
Posted by Peter Saunders at 13:52 No comments:

Posted by Peter Saunders at 09:47 No comments: 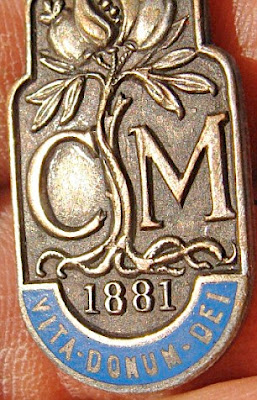 See also my interview with Premier Radio calling on Cathy Warwick to resign.

The Royal College of Midwives (RCM) has come under fire for backing the BPAS ‘We Trust Women’ Campaign, which advocates the decriminalisation of abortion up until birth.

RCM CEO Cathy Warwick gave her backing to the controversial campaign back in February, when she said that the campaign had the College’s ‘full support’.

This will surprise the 30,000 midwives who belong to RCM as they were not consulted at any point. Nor it seems was the RCM board.

98% of women in a 2012 survey said they opposed any rise in the abortion limit above 24 weeks so it seems that women in general are strongly opposed to Warwick's position.

Furthermore, the RCM itself in the 1980s actually supported a lowering of the upper limit for abortion from 28 weeks to 24 weeks.

So how did an organisation, devoted to the safety through childbirth of both mother and baby, and with the motto ‘Life is the gift of God’ come to such a place?

The answer it seems lies in its current leadership. Its CEO, who also chairs the abortion ‘provider’ BPAS, responsible for 65,000 abortions per year in Britain, is apparently waging something of a personal crusade.

Warwick’s proposal is to remove legal protection from babies between 24 and 40 weeks, allowing viable babies in the womb to be aborted for each and every reason.

In the UK about 8% of babies are born before 37 weeks (a normal pregnancy lasts 40 weeks), nearly 60,000 premature births every year. The vast majority of these survive and thrive, and in the best units like University College London, about 80% of those born at 24 weeks, the accepted threshold of viability, will live with good postnatal care.

How does one abort a baby at an age at which it would be born alive and almost certainly survive?

One has to kill it first in utero, normally with a lethal injection, or alternatively, remove it manually piece by piece. Chilling to think that midwives, trained safely to deliver babies and place them tenderly in their mothers’ arms, are now supporting their destruction at the very same age.
Abortion is contrary to every historic code of medical ethics. It is against the Hippocratic Oath, the Declaration of Geneva and the International Code of Medical Ethics. In 1947 the British Medical Association called abortion ‘the greatest crime’.

Two hundred midwives have already signed a letter ‘not in our name’ dissociating themselves from the RCM’s position and thousands more citizens have called on the College to abandon its policy.

Thus far the RCM has shown no sign of turning. It has published a statement on its website today replete with specious euphemisms claiming that it is the victim of ‘distorted and sensationalist accounts’.

But the legal position it is advocating is one where all legal protection for unborn children will be removed – a law like that of China and North Korea.

The RCM used to stand for women’s and children’s health. Now it seems to deny the humanity of the preborn baby altogether.

Any society will be judged by the way it treats its most vulnerable members and there is nothing more innocent and vulnerable than a baby in its mother’s womb.

Warwick is guilty of a blatant conflict of interests. She needs to step down either from the RCM, or BPAS but cannot continue in both positions.


Hopefully the board and members of the RCM, rather than complicitly closing ranks around her, will help her to do the decent thing.

New RCM statement is a further assault on freedom of conscience
CMF boss calls for resignation in abortion row
Please sign open letter to RCM
Horror at plan by RCM CEO to legalise abortion up to birth
Midwives are meant to save unborn lives, not to destroy them

Posted by Peter Saunders at 15:28 No comments: