Why is the government giving preferential treatment to those backing compulsory sex education in schools? 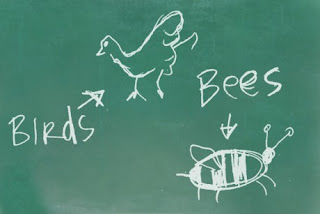 Campaigners are pushing for sex and relationship education (SRE) to be made compulsory in all English schools (see here, here and here).

Currently local authority maintained schools in England are obliged (See House of Commons briefing) to teach SRE from age 11 (year 7) upwards, and must have regard to the Government’s SRE guidance.

Academies and free schools, the majority in secondary education in England, do not have to follow the National Curriculum and so are not under this obligation. But if they do decide to teach SRE, they must also have regard to the guidance.

Parents are free to withdraw their children from SRE if they wish to do so, although few do so in practice. The only exceptions to this are the biological aspects of human growth and reproduction that are essential elements of National Curriculum Science.

But this could all soon change if government-funded campaigners have their way.

During the 2010 Parliament concerns were frequently raised about the content, status and quality of SRE.

Private Member’s Bills have been tabled during both the 2010 and 2015 Parliaments to introduce compulsory SRE (sometimes within proposed statutory PSHE) and both Labour and Green Party MPs tabled amendments with this aim during the passage of the Children and Families Act 2014.

However these measures have all so far failed.

There have also been calls from across parties for the Government’s SRE guidance, which has been in place since 2000, to be updated to equip teachers better.

In February 2015 (before the general election) the Commons Education Select Committee recommended that ‘age-appropriate SRE’ should become a statutory subject in primary and secondary schools, albeit with parents retaining their right to withdraw children.

Advocates argued that such a move would help address ‘problems’ in society including ‘teenage pregnancy, STI rates, drug and alcohol abuse, cyberbullying, and child sexual exploitation’.

However, the Government response published in July 2015 did not take forward this recommendation, although it stated that it would be giving further consideration to the Committee’s arguments.

In answer to a parliamentary question earlier this month, Edward Timpson MP said that the government was ‘currently working with a group of leading head teachers’ on this and would ‘provide a progress update later this year’.

The Commons Education Select Committee, in compiling its report (Life lessons: PSHE and SRE in schools), received 431 written submissions including one from Christian Medical Fellowship.

But in coming to its conclusions it appears to have drawn very heavily on three specific groups, which appear to have the privileged ear of government and also receive a not inconsiderable sum of regular government funding: Brook, the PSHE Association (PSHEA) and the Sex Education Forum (SEF).

Brook is itself a member of SEF and almost certainly of PSHEA (although the latter seems to keep its membership list secret).

SEF seems to be neither a registered company nor a registered charity and it is difficult to find out much about either its governance structure or funding from its website.

But PSHEA and Brook are both registered charities.

In 2014 PSHEA received a grant of £100,000 from the (government) Department of Children Schools and Families, just under a third of its annual running costs. This is of particular interest, given that this department, as I understand, ceased to exist in 2010. I wonder where that money actually came from: probably worth a parliamentary question, especially in the light of the recent controversy over Kid’s Company.

Not surprisingly Brook, PSHEA and SEF all back compulsory sex education in all English schools and seem to receive a large amount of government funding to help them make their case.

But why should we be concerned about SRE being made statutory and thereby compulsory?

Primarily it would mean an imposed national curriculum – but specifically one based on the recommendations of Brook, PSHEA and SEF. And it is precisely concerns about the kind of material that teachers would be required to teach that has raised concerns.

The House of Lords voted down Labour’s proposals to introduce compulsory SRE by 209 votes to 142 in 2014 on the basis that it would increase the likelihood of children being exposed to unsuitable materials (See this booklet produced by the Christian Institute to see what I mean).

Britain is, of course, a free democratic society and such groups have every right to make their contribution to debates about public policy and to collaborate in doing so – but should they receive government funding and be given privileged input into the ear of government? That is the key question.

It might be objected that SEF also includes amongst its members faith-linked groups like Childnet, Romance Academy, the Methodist  Church and the Church of England. And it does. But my point is that SEF also explicitly campaigns for compulsory sex education in primary schools, so unless these groups have already bought into that agenda, they have little influence over what the wider body is campaigning for and have effectively been implicated in its stance.

CMF’s submission, amongst the majority expressing similar views which were effectively side-lined by the Commons Education Select Committee, made points that need to be given equal consideration in this whole debate. We supported this principle from the previous DfEE SRE Guidance (See Para 5.3, page 25).


Parents are the key people in: teaching their children about sex and relationships, maintaining the culture and ethos of the family, helping their children cope with the emotional and physical aspects of growing up; and preparing them for the challenges and responsibilities that sexual maturity brings.

Some of our principal concerns were as follows:


The education of our children is a crucial issue. This is why it is so important that a wide range of groups and individuals – and not just a few representing a specific ideological agenda – should be able to input into government policy in this key area.

Let’s try to ensure that government considers its sex education policy in an atmosphere which offers a level financial and ideological playing field to all stakeholders, rather than giving privileged place and financial help (with taxpayers’ money!) to a minority selected in a clandestine fashion on seemingly ideological grounds.

Currently it’s all a bit too Kid’s Company-esque.
Posted by Peter Saunders at 15:06 No comments: