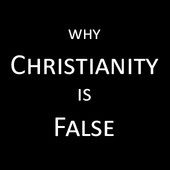 Are there any good arguments for Christianity? Of course! That’s why so many intelligent thinking people are Christians (here are twenty).

So what are the best arguments against Christianity? Well it depends on whether you are a Muslim, a Jew, an atheist, a Hindu or something else. Every ‘worldview’ has its own particular set of arguments.

But given that atheism seems to be the most rapidly growing ‘worldview’ in Britain, and at least in part at the expense of Christianity, what are the best arguments atheists bring against Christianity?

Here’s a list of twelve of the most common ones I have heard over my twenty years working with Christian Medical Fellowship.

In listing them, I’m not saying that I find any of them particularly convincing (I don’t and none of them have led me personally to doubt any of the teachings of Jesus Christ).

But some intelligent people do find them convincing and cite them as reasons why they either lost the faith of their childhood or chose not to believe. This is why I am calling them ‘good arguments’ – they are, in other words, good enough to persuade some people.

Some of these arguments I have already posted responses to on this blog. If so they are hyperlinked. I’ll link others as I post new answers.

The most common response I receive today for people not believing is simply ‘because there is no evidence’. This is interesting in itself as I don’t actually know any Christian who would say that their faith is not based on evidence which they personally find plausible.

This suggests to me that Christians, for some reason, are not very effective at explaining to non-Christians why they do believe. Or, alternatively, that atheists for some reason are reluctant to give up their 'unbelief'. Or both.

So, in no particular order:

1.There’s so much suffering in the world
If God is omnipotent, omniscient and wholly benevolent then he would eradicate evil and suffering but the world is full of it. Therefore he is either not all powerful, not all knowing, not benevolent or (most likely) does not actually exist.

2.Jesus can’t be the only way to God
There are many different religions in the world, all followed by many intelligent educated people. Isn’t it simply arrogant and narrow-minded to suggest that all of them apart from Christianity are wrong?

4.Miracles can’t happen
The world operates according to observable laws of nature meaning that miracles simply cannot occur. Regardless there is no evidence to suggest either that they do or that they ever did.

5.A good God wouldn’t send people to Hell
An allegedly omnipotent, omniscient, benevolent God has seemingly freely chosen to sentence most human beings to hell. Why? Should such a God (if he exists) be trusted?

6.The problem of those who have never heard
There are many people who have died without hearing the Christian gospel and many today have not heard and will never hear it. If Christianity is true God and people are damned without believing it God would surely have found a way for them to have heard.

7.The Bible is full of errors
Many events in the Bible, such as the creation narrative, the flood, much Old Testament history and the Gospel accounts are not backed up by science or archaeology and much of the history is not even internally consistent. They were also written long after the events they claim to describe are are in the main just 'stories'.

9.The God of the Bible is a moral monster and restricts human freedom
God, particularly as depicted in the Old Testament, is a vengeful, genocidal, pestilential megalomaniac who does not act morally. Furthermore his restrictions on such things as sexual behaviour, abortion and euthanasia are undermining of human autonomy.

10.It is no longer necessary to invoke God as an explanation for anything
Now that we have the theories of evolution and big bang/multiverse theory there is no need for a designer to explain the origin and complexity of living things or the physical universe.

11.The church is full of hypocrites
Christianity has been responsible for a huge amount of killing and wars throughout history and the newspapers are full of supposed Christians who are paedophiles, liars, adulterers, murderers and abusers. If Christianity were true it would make people better.

12.Christians cherry-pick what they want out of the Bible
Christians do not consistently apply the Bible’s commands but pick and choose what they want. For example they forbid sex outside marriage but are happy to eat shellfish and wear polyester although these are forbidden in exactly the same books of the Bible. Furthermore Christians disagree profoundly amongst themselves about what is right and wrong.