Margo MacDonald claims that about 50 Scots a year would die if her ‘end of life assistance’ bill were to be enacted.

She makes this remarkable claim on the basis that experience in the few countries where assisted death has been legalised shows that it accounts for only one in every 2,000’ deaths - though, interestingly, she names no specific country or source. The facts tell a very different story.

A select committee of the Westminster Parliament investigated the death rate from euthanasia and assisted suicide in Oregon and The Netherlands as part of its examination of Lord Joffe’s Assisted Dying Bill.

It found that, in the US State of Oregon, where physician assisted-suicide (but not euthanasia) is legal for the terminally ill only, the rate was 1 in 714 deaths. Given that there are some 55,000 deaths a year in Scotland, we might expect therefore about 80 deaths a year with an Oregon-type law. In fact, deaths from assisted suicide have risen steadily in Oregon since the law there was enacted 13 years ago. By 2008, the number of Oregonians who were committing suicide every year with drugs legally supplied by their doctors had risen nearly fourfold!

More important, however, Ms MacDonald’s proposed law, like that in The Netherlands, allows both assisted suicide and euthanasia and it would license the practice not only for the terminally ill but for anyone who is ‘permanently physically incapacitated to such an extent as not to be able to live independently’ and who ‘finds life intolerable’.

In The Netherlands the select committee assessed that one in every 38 deaths was the result of legislation similar to what Ms MacDonald is now proposing. This would translate into nearly 1,500 deaths of Scots every year. All this information is publicly available in the 2005 report of the House of Lords select committee, whose in-depth investigation of 'assisted dying' heard from nearly 150 expert witnesses in four countries.

Ms MacDonald's estimates, which are wide of the mark by a factor of 30 – or 3,000 percent, are seriously misleading. The Scottish public and Parliament would be well advised to approach her bill with great caution and in knowledge of the facts rather than the spin.
Posted by Peter Saunders at 09:04 2 comments:

The government needs to invest more in cord blood 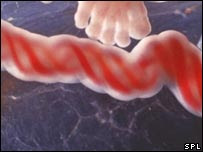 More than two years ago CMF welcomed a new bill which encouraged the donation at childbirth of umbilical cord blood and its storage for public use. It also called on the government to invest more actively in developing the NHS cord stem cell bank.

MP David Burrowes' Umbilical Cord Blood (Donation) Bill aimed to increase awareness of the value of umbilical cord blood in treating diseases and to promote further research for new treatment methods using cord blood stem cells. The Bill required doctors to inform all parents of the benefits of collection and storage of cord blood, and sought to promote collection from specific shortage groups, such as minority ones including mixed race families and families where there was a history of cord blood treatable diseases.

Sadly the bill was not granted parliamentary time to progress. The government instead was at the time pursuing its agenda of cytoplasmic animal human hybrid (cybrid) research through the Human Fertilisation and Embryology Bill – a bill that is now law. Very shortly after this bill was passed new research suggested that this avenue of research was very unlikely ever to be successful – and at the time I predicted animal human hybrid research would become a ‘farcical footnote in history’.

Today scientists reported exciting new developments suggesting that cord blood may well hold the answer for people with leukemia requiring bone marrow transplants and quite possibly also for those suffering from other similar diseases. The BBC website carried the story of Natalie Salama-Levy who is unable to donate cord blood from her baby due at the Royal Free Hospital in London next month because the hospital lacks the facilities to collect and store it. Ironically Natalie's husband Lionel is the chair of 'The cord blood charity’ and was inspired to become involved following the death of a close friend from leukaemia.

In 2008 only three NHS hospitals were collecting cord blood. It seems that the situation has not improved much since. Cord blood has already cured around 10,000 people around the world, but despite this our own UK cord blood banking facilities are woefully behind the times. We should instead be making this simple and uncontroversial technology much more readily accessible.

The Anthony Nolan Trust said today that 50,000 cord bloods would meet the UK's need for transplant and research purposes but the NHS has collected only 13,000 cords over 13 years and of these only 279 have been suitable for transplant.

In 2006 the number of live births in England and Wales reached 669,601 compared with 645,835 in 2005. The number of live births has been increasing every year since 2001. If the government had been more active in encouraging the storage of cord blood in the last five years, rather than over-hyping hopes about hybrid embryonic stem cells, we could potentially have had millions of samples of stem cells banked for treatment by now. Instead they intend to invest only £10 million to increase the size of the bank to 20,000 stored units by 2013.
Posted by Peter Saunders at 14:14 No comments: 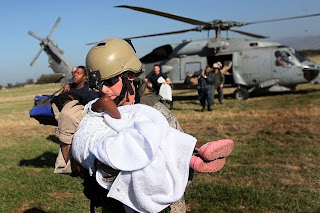 Following the devastating earthquake that struck Haiti on Tuesday 12 January, causing tragic loss of life and massive destruction, CMF members have been asking how they should respond to this disaster.

The UK Department of Health reports that the initial acute medical response is now well underway with 14 field hospitals, one US hospital ship and 800 Cuban doctors. The UN Disaster Assessment and Coordination (UNDAC) Team leader has announced that other than those teams already en route, no further Search and Rescue (SAR) teams are currently required.

1. Pray for all involved

The Department of Health has advised that individuals should not try to go to assist unless registered with an agency which is part of the Global Health Cluster response. However, if you have the appropriate language (French), skills and experience you can contact aid agencies for inclusion on their roster:
Médecins Sans Frontières
Merlin
Save the Children

Meanwhile regular updates are available on the evolving situation at:
BBC
DFID
WHO

In the midst of this tragedy there are encouraging reports of local Christians being at the forefront of aid and relief, and of Christians praising God in the disaster:

God is our refuge and strength, an ever-present help in trouble (Psalm 46:1)
Posted by Peter Saunders at 13:28 No comments: