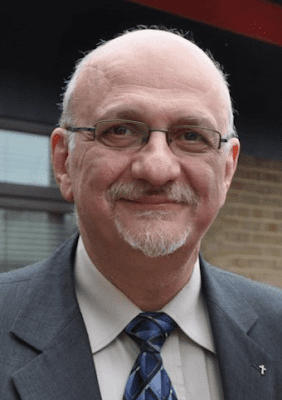 ‘Doctor, we plead with you, please do not leave Aleppo, you are the salt of this land. You are the light of this city.’

So spoke Dr Jany Haddad’s Muslim patients during the dark days in Syria when hundreds of thousands were escaping the country to seek refuge in Europe and beyond.

Dr Jany stayed, while the bombs fell and the bullets flew, through ten years of the Syrian civil war operating on the wounded, caring for the sick and ministering to the broken.

Jany was a monumental figure and a leader among leaders, deeply loved by many. His achievements were breath-taking, and he will be very greatly missed.

As the founder and president of both the Armenian Christian Medical Association (ACMA) and ‘Living Hope for Family Ministries’ he touched the lives of thousands and he inspired many others to join him and share in the work to which God had called him.

Jany Haddad was born in Tehran, Iran, in 1954. He graduated from Damascus medical university in Syria then specialised in general surgery. He trained and worked in Kuwait, later gaining FRCS in Glasgow, Scotland. He later gained training in 13 surgical subspecialties including oncology, endocrine, microsurgery and laparoscopy.

He married Sonig Arabian in 1982 and God blessed them with three children: Fouad (engineer), Manana (dietician) and Pethia (plastic surgeon).

In 1985, he and Sonig started family ministry together in Kuwait, interrupted by the Iraqi invasion.
When the Armenian earthquake struck in 1988, killing 50,000 and injuring 130,000, he felt God calling him to help this nation and chartered two shipments of medical supplies.

In 1990, Jany moved to Syria, where he started the family ministry once again in 1992, in Aleppo, with annual family conferences.

In 1996, God guided him to found ‘Living Hope for Family Ministries’, registered initially in Lebanon. The ministry expanded quickly and Jany wrote, translated, and published many books on Christian family principles and discipleship.

In 2002, he had a vision of starting a Baptist church in Aleppo, and in 2003, when others joined him, the Baptist Evangelical Church of Aleppo was born. This was to become a seed which led to the planting of other new Syrian churches.

In 2003, during the Iraqi war, Jany began ministering among the Iraqi refugees, with medical care, food and supplies.

During this time, he visited Armenia twice a year from 2000, running charitable surgical clinics for the poor in rural villages and towns. This led to him founding the Armenian Christian Medical Association (ACMA) in 2006, which ran annual leadership conferences and weekly mobile medical and dental clinics.

When the pastor of the Evangelical Baptist Church in Aleppo migrated with his family in 2013, Jany took over as pastor, and expanded ‘Living Hope’ between 2013 and 2020 to embrace a huge range of charitable and relief work during the Syrian war which had started in 2011.

The ‘Building Restoration Department’ helped families restore and renovate their homes which had been damaged or destroyed during the war. An elderly people’s ministry cared for the medical, social and spiritual needs of those who had been left behind after their families left the country.

Other initiatives included a mini-enterprises ministry providing food, a post-war trauma care centre, a psychological support centre, and training in sewing and other skills.

Jany died from complications of COVID on 14 August. It may be hard to understand why God should preserve Jany through the war only to take him in this way at a time when he seemingly had so much more to give and was still, even at 66, effectively in his prime.

The mystery remains, but the Lord is sovereign. His ways are always perfect and he always in all things works for the good of those who love him.

Jany is now in the presence of the Saviour he loved and served and has finished the race. He joins that great cloud of witnesses cheering the rest of us on. 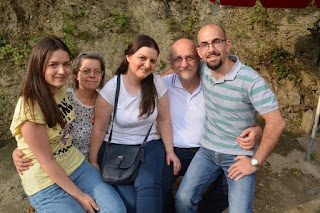 He leaves behind friends and colleagues from all over the world who he encouraged and inspired and who are thanking God for his faithfulness to Christ and his wonderful service to God’s church and the Syrian and Armenian people as a surgeon, pastor, leader, teacher and mentor.

The words posted by his daughter Pethia this week, on behalf of his children and their families, are a lovely tribute:

‘Our beloved father, you are now with your Saviour… You planted in us the love of God and the spirit of service since our childhood, have nurtured in us our abilities and talents and were the motivation to reach successes we didn't dream about. You were the perfect husband, the caring father, the honest shepherd and the healing doctor who healed thousands of souls and bodies with his smile, words and blessed touch…. We trust God's appointments and know with all certainty that your mission has not yet come to an end. We will continue it.’