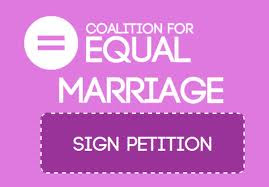 The Coalition for marriage (C4M) launched an on-line petition two days ago to support the current legal definition of marriage.

In just over 40 hours it has gathered over 25,000 signatures and numbers are continuing to rise rapidly.

'I support the legal definition of marriage which is the voluntary union for life of one man and one woman to the exclusion of all others. I oppose any attempt to redefine it.'

Obviously miffed by this the gay rights lobby have been working hard behind the scenes since Monday to produce a similar petition backing same sex marriage.

It has been launched this morning and at the time of writing carries 325 signatures.

It looks almost identical in layout to that of C4M (except in pink!) and is titled the 'Coalition for Equal marriage' abbreviated to C4EM.

The web address is c4em.org.uk

A clever idea? Most definitely!

The only problem is that they have drafted their petition without thinking very carefully about the wording.

'I support the right of two people in love to get married, regardless of gender. It's only fair.'

The problem of course is that 'two people in love' covers a whole variety of possible combinations which are excluded by the current legal definition of marriage. 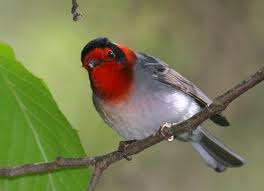 And that's just for starters!

Rather embarrassing especially as a leading journalist on the Telegraph has already put his name down.

Now I'm sure that all of these good people signed this petition 'in good faith' but it shows you just how careful you need to be!

Time for some editing?

I wonder if they will change the wording now that it is launched?

I have saved a copy just in case they do! Should make quite a funny news story!

Some of C4EM's other red-faced (or should I say 'pink-faced) signatories are listed on their site.
Posted by Peter Saunders at 07:28