My ten most formative Christian Books 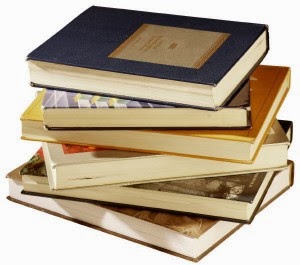 Every Christian has his or her own favourite books. Here are ten of the books that I read as a young Christian medical student and junior doctor that were most formative for me and really set me on my way. All have been republished many times over and most are still in print. All but one are well known and recognised as classics.

Some of those by authors still living have been revised and updated since I read them. In each case I have tried to find the original covers I knew them by but have linked to the latest editions on Amazon.

Of the authors I have personally met only Ron Sider, in Cape Town in 2010 at the Lausanne Conference. I told him I had read his book as a medical student and that it had completely changed my life and I thanked him for his service to the church.

It’s said that to see anything with clarity we need to stand on the shoulders of giants.  I continually thank God for these Christian giants through whose labours I have been helped to see things a little more clearly.

My father encouraged me all through my early teenage years to read CS Lewis, but it wasn’t until I became a medical student that I eventually did and wondered why I had not listened to him earlier. Mere Christianity was the first and became my favourite book to give non-Christians. I read about 20 CS Lewis books during my fourth year at medical school. My overall favourite was the Pilgrim’s Regress.

John Stott’s ‘Basic Christianity’, ‘Contemporary Christian’ and ‘Cross of Christ’ are perhaps better known and I benefited from all of them but this was the one that most helped me apply a biblical mind to ethical issues and laid the framework for my understanding of social justice. So much of what I do today is based on the lessons it taught me.

Our Christian Union at Auckland Medical School gave every member a copy of this back in the late 1970s. We had to read one chapter a week and then met in small groups to discuss it. No book helped me more to explode my inadequate concepts of God and to know him personally through the Scriptures. 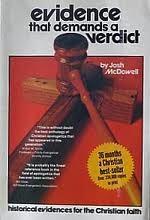 As a Christian medical student trying to witness to my friends whilst at the same time trying to deal with my own doubts this book was a life saver. Just brilliant on the person of Christ, historicity of the Bible, evidence for the Scriptures and full of great arguments, quotes and illustrations which I still use today.

5. The Cost of discipleship – Dietrich Bonhoeffer

This German pastor was hanged by the Nazis during the Second World War. This book of short pithy chapters is essentially an exposition of the Sermon on the Mount and turned my early complacent Christian faith upside down. The first sentence, ‘Cheap grace is the deadly enemy of the church’ sums up the message and led me to take Jesus’ teaching seriously, not just as something to be believed but to be obeyed.

6. Whatever happened to the human race? – Francis Schaeffer

Schaeffer has written many brilliant books which were invaluable to me in finding a solid intellectual basis for my faith. The Trilogy ('The God who is there', 'Escape from Reason', 'He is there and He is not silent') and ‘How then shall we live?’ were particularly helpful to me but it was this one that really opened my eyes up about abortion and euthanasia and deeply challenged me to  think radically and biblically about these issues.

This little book was just what I needed when failing to experience victory in my day to day walk with God. It deals with intransigent inward secret sins – like resentment, unforgiveness and pride – which can so dangerously wound our spirits and curb our effectiveness. A second book by Hession, equally short, ‘Be filled now’ builds on its lessons. The Calvary Road brought me to the foot of the cross and hugely deepened my appreciation of God’s love and grace.

Written by an uneducated puritan pastor while imprisoned in late 17th century England, this book is allegedly the most read and translated in the world outside the Bible for good reason. There is nothing quite like it to teach you to earth Christian experience in Scripture. The founder of the Congregational Church John Owen sought unsuccessfully to get Bunyan out of prison but God would not let him be released until he had finished writing this classic.

This little book is not well known but it is a remarkable work on simple lifestyle which unpacks the later writings of Danish philosopher Soren Kierkegaard. It was my introduction to Kierkegaard and taught me the valuable lesson of reading the latter backwards - starting with ‘Christian discourses’ and ‘Ethical Discourses’ rather than ‘Either Or’ - and introducing me to his amazing re-workings of Christ’s parables for a post-Christian audience.

10. Rich Christians in an Age of Hunger

If I had not read this book as medical student I am quite sure that I would have got caught in the trap of Western materialism and never served in Africa, never developed a passion for developing world justice and probably never ended up in full time Christian ministry. It deeply convicted me and total changed my attitude to material possessions and as a result, my whole life course.


I’m going to resist the temptation to name more and stop there. If you have not read those above then I can assure you it will be time well spent that will impact on your thinking, decision-making and without doubt your future Christian trajectory. There are lots of good Christian books. But don’t miss these classics. Be blessed.
Posted by Peter Saunders at 12:34