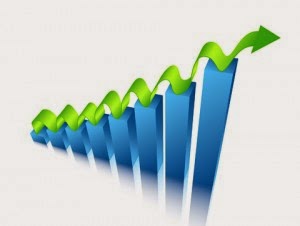 Lord Falconer’s Assisted Dying Bill, due for a second reading in the House of Lords on 18 July, is purportedly based on the US state of Oregon’s Death with Dignity Act (DWDA).

Dignity in Dying, the former Voluntary Euthanasia Society, who are backing Falconer, claim that everything is wonderful in Oregon. But is that really true?

Over the next few weeks in the lead up to the bill being debated I will examine in more detail what is happening in Oregon and show that, far from being reassuring, the Oregon experience sounds a loud warning to the UK not to follow suit.

On 27 October 1997, Oregon enacted the DWDA which allows terminally-ill Oregonians to end their lives through the voluntary self-administration of lethal drugs, expressly prescribed by a physician for that purpose.

The Oregon DWDA also requires the Oregon Health Authority to collect information about the patients and physicians who participate in the Act, and publish an annual statistical report.

These annual reports are all available on the Oregon government website and there is plenty of other relevant information in the public domain to draw on.

In order to qualify under the Act, a patient must be:

2. A resident of Oregon

3. Capable of making and communicating health care decisions for him/herself

4. Diagnosed with a terminal illness that will lead to death within six (6) months.

It is up to the attending physician to determine whether these criteria have been met.

I have many concerns about the Oregon law which I will unpack in subsequent blog posts. Here is a list of twelve for starters:

1. There has been a steady increase in annual numbers of people undergoing assisted suicide in Oregon

2. The Oregon health department is funding assisted suicide but not treatment for some cancer patients

3. Patients are living for many years after having been prescribed lethal drugs for ‘terminal illness’ showing that the eligibility criteria are being stretched

4. There is strong circumstantial evidence of suicide contagion in Oregon with a disproportionate number of (un)assisted suicides

5. The vast majority of those choosing to kill themselves are doing so for existential reasons rather than on the basis of real medical symptoms

6. Fewer than three per cent of patients are being referred for formal psychiatric or psychological evaluation

7. More than ten per cent of patients dying under the Act do not have terminal illnesses

8. Some doctors know the patient for less than a week before prescribing the lethal drugs

9. The fact that almost a third of patients dying under the Act report inadequate pain control or concerns about pain shows that palliative care provision in Oregon is unsatisfactory

10. The presence of no independent witnesses in over 80% of cases is a recipe for elder abuse

11. The demographic of patients dying under the Act is that of those susceptible to financial and elder abuse – white, well-educated and wealthy


12. According to research 25% of cases of assisted suicide in Oregon involve people who are clinically depressed
Posted by Peter Saunders at 09:33