Why Lord Carey is so desperately wrong about legalising assisted suicide 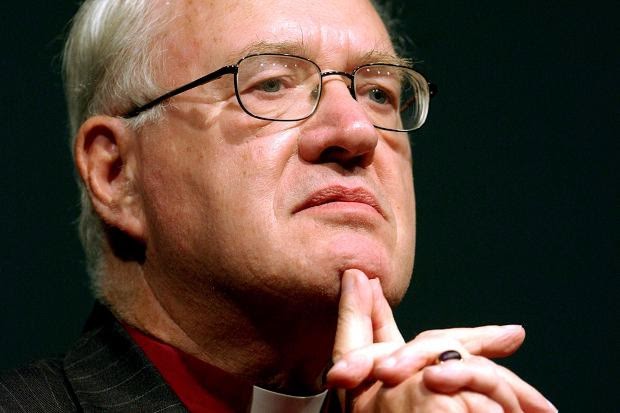 Lord Carey, former Archbishop of Canterbury, has surprisingly come out today in favour of Lord Falconer’s Assisted Dying Bill which is due to have its second reading in the House of Lords on Friday 18 July.

Falconer advocates licensing doctors to dispense lethal drugs to mentally competent adults with a life expectancy of less than six months and a ‘settled wish’ to die, in order that they might kill themselves (Falconer calls this ‘assisted dying’ but, legally speaking, it is assisted suicide for a specified subset of people).

The Church of England's position on the matter is (refreshingly) unequivocal:

‘The Church of England cannot support Lord Falconer's Assisted Dying Bill… Patient safety, protection of the vulnerable and respect for the integrity of the doctor-patient relationship are central to the Church of England's concerns about any proposal to change the law. Our position on the current Bill before parliament is also consistent with the approach taken by the Archbishops' Council, House of Bishops and with successive resolutions of the General Synod.’

In response to Carey, the current Archbishop, Justin Welby, has said today that legalising ‘assisted dying’ would be 'dangerous, abusive and mistaken’.

‘Abuse, coercion and intimidation can be slow instruments in the hands of the unscrupulous, creating pressure on vulnerable people who are encouraged to ‘do the decent thing,’ he writes in The Times.

‘Even where such pressure is not overt, the very presence of a law that permits assisted suicide on the terms proposed by Lord Falconer is bound to lead to sensitive individuals feeling that they ought to stop “being a burden to others”.

‘What sort of society would we be creating if we were to allow this sword of Damocles to hang over the head of every vulnerable, terminally-ill person in the country?’

Lord Carey also previously held to the church’s official position but for some reason, which remains a mystery to me even after reading his article today in the Daily Mail, he has now changed his view.  I would have to say that I found his article quite unconvincing.

Carey first argues for a limited change in the law and makes reference to abuses in the Netherlands highlighted just this week in the Daily Mail: ‘It would be outrageous if it were extended beyond the terminally ill to an ever-widening group of people, including the disabled and the depressed. Such a step would impose terrible pressures on some of the most vulnerable people in our society.’

But then he says that the cases that have led to him changing his view were those of Tony Nicklinson and Paul Lamb, two men with severe paralysis who were not terminally ill and would not have qualified under Falconer’s proposed law anyway. In so doing he demonstrates the impossibility of framing a limited law that would encompass all who might like to make use of it. The point is that many people who wish to kill themselves are not terminally ill, not mentally competent and not adults. And the vast majority of those who are terminally ill want assisted living, not assisted dying.

So why a law just for the terminally ill? It seems utterly illogical.

Carey focuses on two disabled people with a wish to die but does not tell us that all major disability rights groups in Britain, including Disability Rights UK, SCOPE, UK Disabled People’s Council and Not Dead Yet UK, oppose any change in the law believing it will lead to increased prejudice towards them and increased pressure on them to end their lives. Nor does he touch on the issue of elder abuse, and the way a law allowing assisted suicide brings a huge new dimension into that problem.


Action on Elder Abuse, for example, states that more than 500,000 elderly people are abused every year in the United Kingdom. Sadly, the majority of such abuse and neglect is perpetrated by friends and relatives, very often with financial gain as the main motive. It would be very naive to think that many of the elderly people who are abused and neglected each year, as well as many severely disabled individuals, would not be put under pressure to end their lives if assisted suicide were permitted by law.

Carey also suggests that because powerful painkillers like morphine can occasionally shorten life (although this virtually never occurs in skilled hands because the therapeutic dose is lower than the lethal dose and it is possible to kill the pain without killing the patient) we should therefore dispense lethal doses of barbiturates (not a painkiller but an anaesthetic) with the deliberate intention of killing people. This is to misunderstand the difference between proportionate pain relief, where the intention is to relieve suffering rather than to kill, and assisted suicide where the clear intention is to end a life. The first is good medical practice. The second breaks both the Hippocratic Oath and the Judeo-Christian ethic and has been considered unethical by the medical profession for over 2,500 years. Carey appears not to understand that clear distinction.

Carey then cites a BMJ editorial and some comments by a public health doctor (with no experience of managing dying patients) in favour of euthanasia as support by the medical profession for his view. But he fails to tell us that the vast majority of UK doctors are opposed to legalising euthanasia along with the British Medical Association, the Royal College of Physicians, the Royal College of General Practitioners, the Association for Palliative Medicine and the British Geriatric Society.

He advances pain as the main driver for a change in the law. But he fails to mention that in Oregon, which legalised ‘assisted dying’ in 1997, fewer than three in ten people making use of the law cite inadequate pain control or (even) concern about it as a reason for wanting to end their lives. The top reasons in Oregon relate to loss of meaning and purpose: loss of autonomy (93%), having less ability to engage in activities making life enjoyable (89%), loss of dignity (73%) and feeling they are a burden on family, friends and caregivers (49%). These are existential or spiritual rather than physical symptoms. Is Carey not aware of this or is he actually being disingenuous?

Carey writes about Jesus’s mission being underpinned with ‘compassion’ for those suffering to whom he brought ‘comfort, healing and a new sense of dignity’. But he barely mentions the specialty of palliative medicine or the hospice movement, in large part pioneered by Christians and in which Britain is a world leader, which seeks to do exactly that. Nor does he tell us that symptoms accompanying dying are less to be feared than at any time in history, because of medical advances, and that requests for assisted suicide or euthanasia are extremely rare amongst those who are properly cared for.  Nor does he bring a call to make this excellent care much more widely accessible. In fact, to the contrary, he seems to be suggesting that we need to legalise assisted suicide because there is a postcode lottery of hospice care.

But what I find most astounding about Carey’s article is the almost complete lack of any theological framework for his argument. There is a vague reference to Christian principles of ‘open-hearted benevolence’ and ‘compassion’ and one mention (above) of Jesus.

But there is no discernible Christian world view underpinning what he says. Nothing of the fact that God made us and owns us; nothing of biblical morality or the sixth commandment; no doctrine of the Fall; little insight into the depths of human depravity and the need for strong laws to deter exploitation and abuse of vulnerable people; nothing of the cross or the resurrection; no hope beyond death; nothing of courage and perseverance in the face of suffering; no recognition of the need to make one’s peace with God and others before death; no real drive to make things better for dying patients and no real empathy with the feelings of vulnerable disabled and elderly people who fear a law like Falconer’s and will be campaigning in force outside parliament next Friday.

Carey has instead produced a piece that is high on emotion but weak on argument that capitulates to the spirit of the age; that enthrones personal autonomy above public safety; that sees no meaning or purpose in suffering; that appears profoundly naïve about the abuse of elderly and disabled people; that looks forward to no future beyond the grave and that could have been written by  a member of the national secular society, British humanist association or voluntary euthanasia society.


Carey’s case for legalising assisted suicide is a counsel of despair devoid of Christian faith and hope.  I still cannot believe he wrote it. He will disappoint many people, but will also awaken deep concern for him personally in many others.

Carey is a good man who has done a lot of good. But right now I think he actually needs our prayers.
Posted by Peter Saunders at 17:45