How health services are organised in Bedfordshire and Hertfordshire 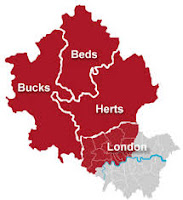 This post will be of interest to very few people, as it is purely factual. I just wanted to get my head around how NHS services and parliamentary constituencies are organised in the county in which I live (Herts) and the county immediately north of us (Beds) and to post it for future reference. So if the subject doesn't interest you then feel free to invest your time elsewhere. If it does then it may be worth a scan. I'll add more links later.

The combined population of Beds and Herts (Bedfordshire and Hertfordshire) is 1,671,000 - 617,000 in Beds and 1,154,000 in Herts. Seven NHS Trusts and four CCGs (Clinical Commissioning Groups) serve this population.

One trust – The East of England Ambulance service – covers both counties.

The area also includes 17 parliamentary constituencies – 11 in Herts and 6 in Beds. Of these 15 MPs are Conservative and two are Labour, those in North and South Luton.

More detail is given below. 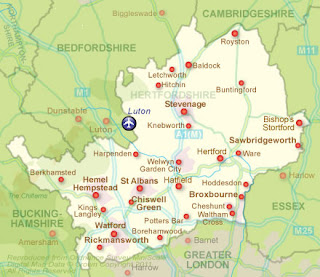 Four towns have between 50,000 and 100,000 residents: Hemel Hempstead, Stevenage, Watford and St Albans. 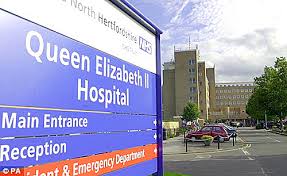 Herts Community NHS Trust
The Trust is one of a new generation of community health service Trusts in the NHS. It is responsible for delivering a wide range of community health services across Hertfordshire and serves the communities of Broxbourne, Dacorum, West Herts, Hertsmere, North Herts, St Albans, Stevenage, Three Rivers and Welywn/Hatfield. It also provides children's specialist community services in West Essex. 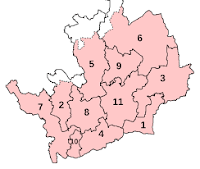 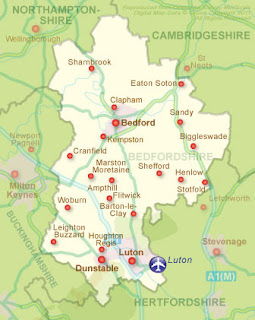 Bedfordshire (Beds) is a county in the East of England. It is a ceremonial county and a historic county, but not an administrative county, as it is divided into three unitary authorities: Bedford, Central Bedfordshire, and Luton.

Now what am I going to do with all this information? I'm not quite sure yet but I'm sure it will come in handy. I'll keep you posted,