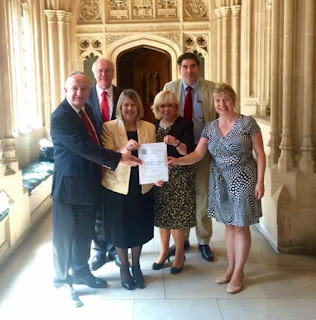 A new parliamentary report has found that there is ‘widespread and increasing pressure’ on healthcare professionals to participate in abortions which is ‘in large part due to inadequate observance of the current legislation’.

‘Freedom of Conscience in Abortion Provision’, which was published on 21 July, is the culmination of a four-week consultation and makes nine key recommendations. In total 150 witnesses contributed to the inquiry, of whom nearly a third were current or former healthcare professionals or healthcare bodies.

Notable amongst these was the British Medical Association (BMA), the doctors’ trade union, which spoke of doctors ‘being harassed and discriminated against because of their conscientious objection to abortion’.

The inquiry, carried out by the All Party Parliamentary Prolife Group (APPG), sought to assess the extent to which the Conscience Clause provides adequate protection for doctors and other health professionals who do not wish to participate in abortion, directly or indirectly, and to examine how freedom of conscience in the law and professional guidance can be developed. It is the first parliamentary inquiry into this subject and is long overdue.

The 37 page report, calls on both Government and NHS governing bodies to ensure that the legal right of healthcare professionals to conscientious objection is properly protected and makes specific practical suggestions about how this can be achieved.

AGGP chair Fiona Bruce MP (pictured with five other MPs from the APPG)  concluded, ‘Freedom of conscience is a key part of living in a diverse and democratic society. It is vital that conscientious health professionals who do not wish to participate in abortion can be confident in their right to opt-out of doing so without fear of censure, discrimination or abuse. It is essential that our hardworking doctors, nurses and midwives are given the protection the law requires if they do not want to participate in abortions.’

She said that while the Inquiry received some examples of good practice, it also received accounts from nurses, midwives and doctors who had been pressured and discriminated against despite their right to conscientious objection, often seeing their career or training options limited.

The report makes clear that, whilst there is legal protection for healthcare professionals who have a conscientious objection to participating in abortion, this is not being properly observed in practise.

Section 4 of the Abortion Act (1967) requires that ‘no person shall be under any duty, whether by contract or by any statutory or other legal requirement, to participate in any treatment authorised by this Act to which he has a conscientious objection’.

Commonly known as the ‘Conscience Clause’, the purpose of this section of the 1967 legislation was to enable men and women with conscientious objections to abortion to remain fully engaged in providing healthcare without being compelled to participate in the provision of abortion.

The report, which is well worth reading in its entirety, expresses deep concern about the way the conscience clause has been both interpreted and applied and reserves specific criticism for the Royal College of Obstetricians and Gynaecologists, which refused to give evidence to the inquiry, and the Vice President of the Supreme Court, Lady Hale, who in a recent judgement, narrowed the scope of the conscience clause so that it applied only to staff directly involved in abortion provision.

It also recommends that the Government conduct a review into the training of medical students, and calls for the principle of ‘reasonable accommodation’ to be introduced into legislation in this country. The report calls specifically on the Royal College of Obstetrics and Gynaecologists to publish a statement clarifying its position on this issue.

‘Freedom of Conscience in Abortion Provision’ makes nine practical recommendations to strengthen provision of the protection which Parliament intended for healthcare professionals with a conscientious objection to abortion:

1.      A cross-party Parliamentary Commission should be established to examine the role of conscience in the context of ‘British Values’ and any new ‘British Bill of Rights’.

2.      The Government should commission a full review into the training given to healthcare students to ensure that they are given full information about their right to conscientiously object.

3.      The General Medical Council should maintain their current guidelines ensuring that no doctor who has a conscientious objection to abortion should be required to refer a patient to another practitioner.

4.      All professional healthcare bodies should adopt the wording of the current GMC guidelines ensuring that no healthcare professional who has a conscientious objection to abortion is required to refer a patient to another practitioner (Recent Royal College of Midwives (RCM) guidance makes referral mandatory).

5.      The Royal College of Obstetricians and Gynaecologists (RCOG) is requested to publish a statement in response to this Inquiry to clarify their view on career progression for healthcare professionals who conscientiously object to abortion.

6.      Government and NHS governing bodies should ensure that an appropriate appeal system for those who believe they have been discriminated against because of their conscientious objection is set up.

8.      The Government should consider the feasibility of extending conscientious objection to indirect participation in abortion by authorising trials in several hospital departments and clinics across the country.

9.      Consideration be given to the introduction of the principle of ‘Reasonable Accommodation’ into legislation in this country, in the form of an amendment to the Equality Act 2010.

This inquiry has done a great service to the healthcare professions and NHS, not simply in its detailed and helpful analysis of current practice, but also in making specific achievable suggestions about how the problems with the conscience clause can be addressed. Doctors and other health professionals must now press the relevant authorities, not least parliament itself, to implement its recommendations.

It is particularly striking that all the witnesses who submitted evidence to the inquiry stressed the importance of conscience, regardless of their beliefs on the substantive issue of abortion.

As the report concludes, ‘Conscience plays a crucial part in the dignity and morality of each individual. Any downplaying of conscience in public life is to the great detriment of society and individuals.’