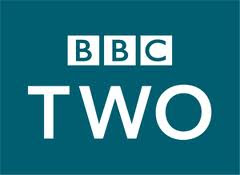 The Sunday Times, in line with its new editorial policy, ran a typically effusive article last weekend about last night’s ‘documentary’ in which we saw a British man, Peter Smedley, kill himself on screen by drinking poison at the Dignitas suicide facility near Zurich.

Earlier this year I suggested that the BBC was acting in the role of cheerleader for assisted suicide through its partisan coverage of this issue; and I blogged earlier about how this particular programme was further evidence of BBC bias and would fuel more suicides by way of the Werther effect.

But I was also interested to see Mr Pratchett’s (brief) description in the Sunday Times about how the documentary came to be made in the first place.

‘Late last year the BBC, which had earlier transmitted my Dimbleby lecture on assisted dying, asked me to "learn something about assisted dying practices elsewhere in Europe" and also to speak to Britons who had signed up with Dignitas… Of course I said yes.’

Here are twenty things the programme did not tell us about assisted suicide and euthanasia in Europe:

1. Assisted suicide and euthanasia are illegal in every country in Europe with the exception of Belgium, Luxembourg, Switzerland and the Netherlands – just four of the fifty sovereign states.

2. Margo Macdonald’s End of Life Assistance (Scotland) Bill, which would have legalised both euthanasia and assisted suicide in Scotland, suffered an overwhelming defeat by a 85-16 margin last November because MSPs were convinced that its ‘safeguards’ were not safe.

3. On 20 January 2011 the European Court of Human Rights (ECHR) ruled that while there is a ‘human right’ to suicide, the state has no obligation to provide citizens with the means to commit suicide.

4. On 25 January 2011 the French Senate rejected proposals to legalise assisted suicide and euthanasia, by 170 votes to 142. Francois Fillon, the French prime minister, had spoken out strongly against the proposals.

6. Using organs from euthanasia victims is now an established procedure in Belgium.

7. At least 300 cremation urns containing human remains have been dumped in Lake Zurich near the controversial Swiss suicide facility Dignitas.

8. A recent study found that in the Flemish part of Belgium, 66 of 208 cases of ‘euthanasia’ (32%) occurred in the absence of request or consent.

9. In Belgium, nearly half of all cases of euthanasia are not reported to the Federal Control and Evaluation Committee. Legal requirements were more frequently not met in unreported cases than in reported cases and a written request for euthanasia was absent in 88%.

10. Dozens of disabled children have been killed under the Groningen protocol in the Netherlands despite the fact that this is illegal.

11. In 2006 the Royal Dutch Medical Association declared that ‘being over the age of 70 and tired of living’ should be an acceptable reason for requesting euthanasia.

12. Many who have died at the Dignitas facility are not terminally ill. Ludwig Minelli, the Director, has helped people who are chronically ill, disabled, depressed or frail elderly to kill themselves and has suggested the relations of the terminally ill could also take a lethal drug cocktail even if they are in perfect health.

13. The Dignitas facility had to move from the residential apartment block it was located in after residents complained about encountering body bags in the lifts.

14. Jacques Attali, former President of the European Bank for reconstruction and development, has said, ‘As soon as he goes beyond 60-65 years of age man lives beyond his capacity to produce, and he costs society a lot of money...euthanasia will be one of the essential instruments of our future societies.'

16. In 2007 approximately 10% of all deaths in the Netherlands were connected to the practice of terminal sedation. Many of those deaths were caused by dehydration, by the physician sedating the patient and then withholding hydration until death occurs, which usually takes 10 - 14 days.

17. Soraya Wernli, a nurse employed by Dignitas between 2003 and 2005, has accused the organisation of being a ‘production line of death concerned only with profits’.

18. According to a 2005 House of Lords Select Committee Report a Dutch-type euthanasia law in Britain would result in 13,000 deaths per year.

19. Grand Duke Henri, the monarch of Luxembourg, opposed the euthanasia law and as a result was stripped of his executive power to veto laws.

20. The Nazi holocaust began in 1939 with the killing of 6,000 disabled children and 70,000 patients in geriatric and psychiatric institutions. Leo Alexander, a psychiatrist who gave evidence at Nuremberg in 1949 said that ‘its beginnings at first were merely a subtle shift in emphasis in the basic attitude of the physicians. It started with the attitude, basic in the euthanasia movement that there is such a thing as a life not worthy to be lived. This attitude in its early stages concerned itself merely with the severely and chronically sick. Gradually the sphere of those to be included in this category was enlarged to encompass the socially unproductive, the ideologically unwanted, the racially unwanted and finally all non-Germans.’
Posted by Peter Saunders at 10:21