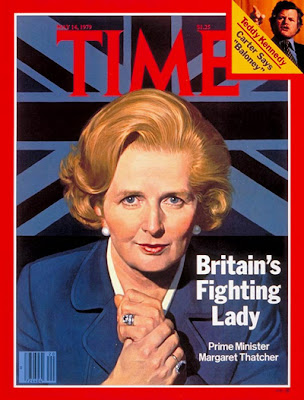 John Smeaton of SPUC has this week published a short blog listing Baroness Thatcher’s voting record on abortion which he describes as ‘mixed, with a move in a more positive direction in her later parliamentary years’.

1. Voted for (what became) the Abortion Act 1967 at 2nd reading and at Report stage (voting many times for the bill during all-night sittings), though she was absent at 3rd reading

3. Supported the Human Fertilisation and Embryology bill (now Act) 1990, which enshrined destructive embryo research in law and via which the Abortion Act 1967 was extended with ministerial help

David Mills, writing for ‘First Things’ this week in an article titled ‘The Complicated Margaret Thatcher’  reviews a Telegraph blog by Damian Thompson and an interview she gave for the Catholic Herald in 1978.

When asked what her attitude to abortion in principle was she answered:

‘The abortion law is only related to the early months and I voted for abortion under controlled conditions. I’m perfectly prepared to have the Act amended along the lines of the Select Committee recommendations because I think that it’s operating in a slightly more lax way than was intended, but I’m not prepared to abolish it completely. Abortion only applies to the very, very early days, but the idea that it should be used as a method of birth control I find totally abhorrent.’

Mrs Thatcher told the interviewer that while Catholics believed that as soon as the ovum was fertilised you had a human being, she believed that ‘after a few months of pregnancy the foetus took on the characteristics of a human being’.

So it seems that she would have been very unhappy with the present situation where 200,000 abortions occur annually in Britain, with 98% being carried out on mental health grounds.

Thatcher’s views would have placed her at the very conservative end of current parliamentarians, but would not be out of place amongst current Conservative cabinet ministers.

Most Conservative members of the cabinet, with the exception of David Cameron, George Osborne and one or two others, have previously voted for lowering the abortion limit to 20 weeks or below
However, when the issue was last voted on in parliament in 2008, MPs rejected any lowering of the upper limit of 24 weeks by substantial majorities.

Votes were as follows:

MPs are, in other words, very liberal on the issue. A substantial proportion of those who voted even for 12 weeks would not have opposed abortion earlier than this.

So as parliamentarians go Thatcher was at the very conservative end of the spectrum.

But for those of us who believe that human life should be shown the utmost respect from the time of conception these facts are very sobering indeed.
Posted by Peter Saunders at 07:02